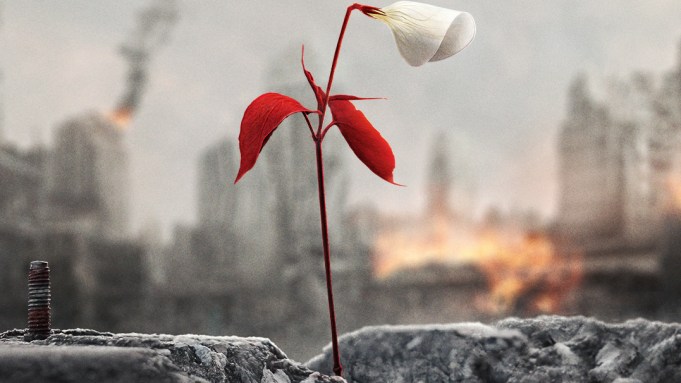 “We fight,” declares Elisabeth Moss’ June in the new teaser for the upcoming fourth season of The Handmaid’s Tale. As you can see above, that’s an understatement if this latest look is any indication of the season to come.

With what seems like more action and battle scars than before, Season 4 of the Emmy-winning dystopian drama based on Margaret Atwood’s acclaimed 1985 novel is set to launch April 28 on Hulu.

Similar to previous seasons, this 10-episode cycle of the Bruce Miller showrun Handmaid’s will return with three episodes at once. The remaining seven episodes of the series co-starring Joseph Fiennes, Yvonne Strahovski, Samira Wiley, Alexis Bledel, Bradley Whitford, Ann Dowd and Max Minghella then will drop weekly on the Disney-controlled streamer.

Back nearly a year and a half after Season 3 concluded with June and a cadre of other Handmaids and Marthas facilitating the escape of a plane full of children out of the oppressive former USA to Canada, Season 4 sees Moss’ character recovered from her bloody injuries and instigating a new insurgence. Across a boarded up and derelict urban landscape that feels brutally familiar after the past year we’ve live through in the real world, the Resistance attacks the weak underbelly of the regime in hope of a better tomorrow.

“No matter where the war finds you today, remember we are still here,” enjoins the voice of Radio Free America.

However, don’t expect the war to end anytime soon.

It was announced back in December at Disney Investor Day that The Handmaid’s Tale has been renewed for a fifth season. So, the battle continues on many fronts for now rebel leader June and the women and children of an America gone very wrong.