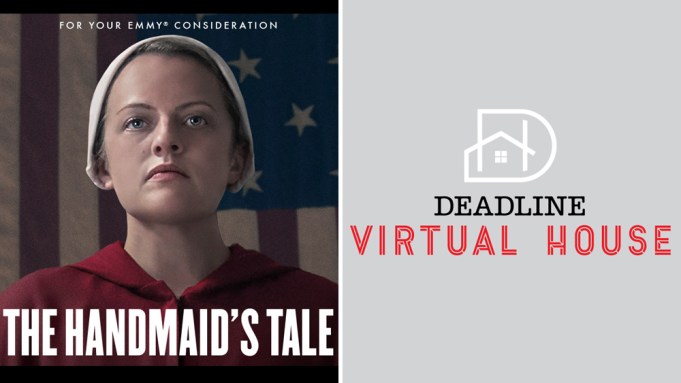 The horrors of the world of The Handmaid’s Tale have perhaps never loomed so large and lucid as they do in the Washington DC-set ‘Household’ episode of the Hulu series’ third season.

“Basically it is stripping America of its freedom and silencing it at its core,” said producer designer Elisabeth Williams of the striking maternal confrontation between Elisabeth Moss’ June and Yvonne Strahovski’s Serena inside a decimated Lincoln Memorial in the now totalitarian and theonomic government of Gilead. “Removing the head and the hands, and stripping basically all of Washington and therefore all of the United State of everything that it holds sacred,” the multiple Emmy winner adds – as you can see in the video above.

Debuting on June 26 last year on the Disney-controlled streamer, ‘Household’ was full of jarring images such as DC Handmaids with their mouth sewn shut and a mass televised rally in the shadow of a Washington Monument that has been transformed into a giant cross by Gilead’s harsh rulers.

Pivotal to the season as a whole, the Dearbhla Walsh directed and Dorothy Fortenberrry written episode of the award-winning series based on Margaret Atwood’s acclaimed 1985 novel furthered the efforts of Gilead’s regime to snatch June’s baby Nichole back from freedom in Canada. The sixth episode in the third season also pulled back the curtain even more on the hierarchy of Gilead with the introduction of the Christopher Meloni portrayed High Commander George Winslow.

After a screening of ‘Household’ last night at the latest Deadline Virtual House, THT production designer Williams was joined by costume designer Natalie Bronfman, director of photography Colin Watkinson, and composer Adam Taylor. The Crafts Masterclass also saw Handmaid’s Tale creator and showrunner Bruce Miller and EP Warren Littlefield on board too to discuss the episode, the series and to talk questions for some of the hundreds of viewers who participated online.

Take a look at their insights and insider tales of the way the charged ‘Household’ came together in the video above.

Join Elisabeth Moss, Yvonne Strahovski, Ann Dowd, and Bradley Whitford, plus EPs Miller and Littlefield on June 30 at 5 PM PT for our second Handmaid’s Tale Deadline Virtual House this Emmy season. As we await a fourth season of The Handmaid’s Tale next year, you really don’t want to miss “Cast and Creators in Conversation on When Dystopia Meets Reality” next week.