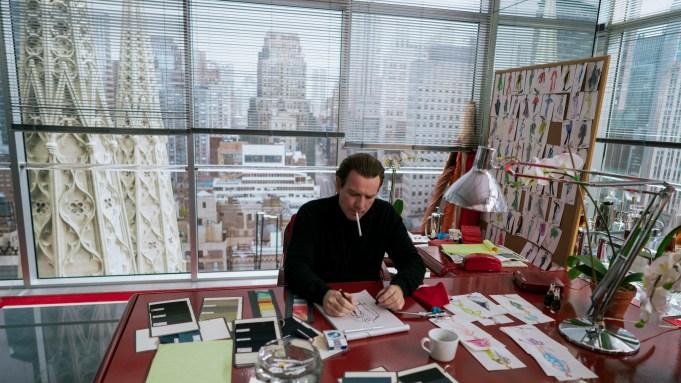 Ewan McGregor brings the tumultuous rise and fall of fashion icon Roy Halston Frowick to the screen in the trailer for Ryan Murphy’s Halston.

On Monday Netflix dropped the trailer for the American Horror Story and Pose helmer’s latest limited series. Halston, directed and executive produced by Daniel Minahan, follows the legendary fashion designer (McGregor), as he leverages his single, invented name into a worldwide fashion empire that’s synonymous with luxury, sex, status and fame, literally defining the era he lives in, 1970’s and ‘80’s New York — until a hostile takeover forces him to battle for control of his most precious asset… the name Halston itself.

Set to Depeche Mode’s “Enjoy the Silence,” the Halston trailer teasesMcGregor’s journey as the designer who redefined American fashion – from his initial works to the drug and controversy-filled days leading to his ultimate demise.

“I’ve been an outsider my whole life until one day I just stopped giving a flying f**k,” McGregor’s Halston says.