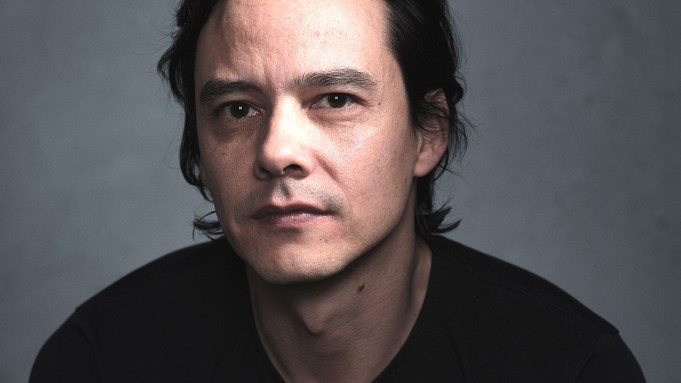 A documentarian drawn to examine fashion luminaries, through films like Dior and I, Frédéric Tcheng most recently set his sights on Halston. An iconic and mysterious fashion designer, Halston became an internationally recognized name in the 1970s, redefining American fashion in that decade. In his heyday, the designer could often be spotted at Studio 54, with the likes of Liza Minnelli and Andy Warhol, little knowing that his downfall would come, in the form of a corporate takeover.

Courtesy of Roland Ballester, the eventual producer of the doc, Tcheng was able to get in touch with Lesley Frowick, Halston’s niece, who was “very close to Halston at a period of time where Halston’s life was turned upside down.” Hearing the designer’s story from Frowick’s point of view, the director suddenly saw his film—a story that was “bigger than life,” and “a little bit like a corporate thriller.”

Even with Frowick’s participation, Halston was a tough nut to crack, whose life story was “full of holes and ellipses.” Making the film presented an artistic quandary, akin to the one Adam McKay took on with his Best Picture contender, Vice: How is a director supposed to present a compelling, revealing portrait of “a guy that is really hard to know”?

Eventually, Tcheng came to the notion of crafting a “cool, kaleidoscopic…portrait,” grappling with the complexity of Halston’s story by turning to narrative film, rather than other docs. “Documentaries tend to very often be sort of [a] birth-to-death, linear story, but I felt like Halston, that’s not how I found out about his story,” Tcheng said, sitting down recently at Deadline’s Sundance Studio. “There were too many things…to investigate.”

Bringing the film to life, the director found his greatest inspiration in Orson Welles’ enduring classic Citizen Kane, and its unknowable protagonist, Charles Foster Kane. “I really love the way that Orson Welles frames the story as an investigation, and takes you on this journey to find out who Charles Foster Kane is. I felt like as a documentary filmmaker, it’s very much the same journey, where you have some images, you have some testimonies—sometimes conflicting, sometimes going in the same direction. But eventually, you’re trying to find the Rosebud of, who is this guy?” Tcheng explained. “It helped that Halston was such a self-made man, and created this entire empire just like Charles Foster Kane, and then he had a very abrupt downfall, where you could see he started to believe his own publicity.”

For Tcheng, Halston presented “the perfect storm of a great story,” which would allow him to work through his own thoughts on the “art-versus-commerce dichotomy,” a theme also explored at Sundance this year in Dan Gilroy’s wild art-world satire, Velvet Buzzsaw.

To hear more from our conversation with Tcheng—as he discusses his collaboration on the doc with 22-year-old fashion blogger and actress Tavi Gevinson—take a look above.