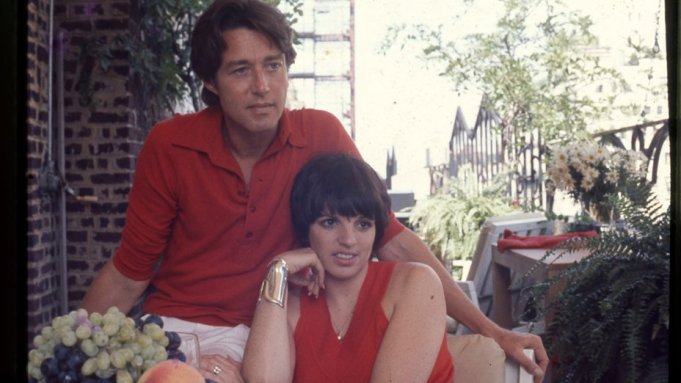 Known for creating shimmery, easy to wear one piece outfits and dresses from one piece of fabric, Halston’s high-end fashion line generated $30M at one point between its heyday in 1968-1973.

And he was ahead of his peers when it came to making his couture available to the masses. For before there was Liz Claiborne with her clothing lines at Macy’s, Halston signed a six-year licensing deal worth a reported $1 billion with J.C Penny to sell his his Halston III line with affordable clothing, accessories, cosmetics and perfumes in the $24 to $200 pricetag range.

“I had this idea that Halston was a caricature of a studio designer who was at Studio 54. Unfortunately, for a lot of people that’s the one dimensional picture they have of Halston,” said Tcheng at a recent screening of the documentary at Deadline’s ‘For the Love of Docs’ series sponsored by Hulu.

“I found this incredible American pioneer and someone who not only changed the fashion that Americans were wearing, that we all wore, but also was a pioneer in business. The business story resonated with me. He had to fight for his corporation,” continued the director who Skyped in at the Landmark on Pico with the pic’s producer Roland Ballester.

Halston rose from having his own hat business in Chicago during the early 1950s; his customers included Kim Novak, Gloria Swanson, and Hedda Hopper to eventually becoming the head milliner for Bergdorf Goodman in New York City. Halston was famed for designing the pillbox hat that Jackie Kennedy wore during JFK’s 1961 inauguration. He ventured on his own, opening his first Madison Ave. store in 1968. But Halston would ultimately become a hard lesson for future designers when it came to selling out to a big corporation. Although Halston aka Roy Halston Frowick, maintained creative control when Norton Simon, the owner of Hunt’s Foods purchased his company, when Esmark, Inc took over, they began to put the designer’s opulent regime in serious check, and it was all downhill from there.

Today, the brand is known as Halston Heritage, and has been sold on repeatedly in the 21st century, with former president Sarah Jessica Parker and previous co-owner Harvey Weinstein among those who tried to recapture the label’s image. In late 2011, Hilco Consumer Capital consolidated ownership and brought in Ben Malka, former president of BCBG, to continue the Halston Heritage business as chairman and CEO.

“He learned the hard way as a creative person (whereby) you find yourself across the table from people who are the bottom of the line driven,” says Tcheng about Halston.