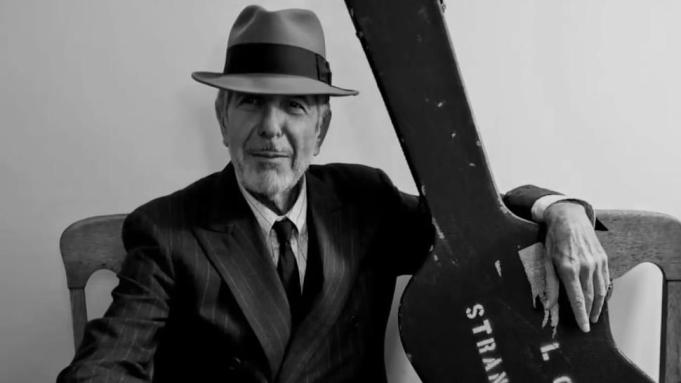 EXCLUSIVE: Here’s your first clip for Venice Film Festival documentary Hallelujah: Leonard Cohen, A Journey, A Song, which gets its world premiere tomorrow (Sept 2) on the Lido.

The film explores the late poet and singer-songwriter’s life through the lens of arguably his most famous work, the oft-covered hymn Hallelujah.

Cohen approved the development of the movie just before his 80th birthday in 2014 (the artist died in 2016). According to producers, the film presents a “deep exploration” of Hallelujah from its origins and its poor initial reception, to its resurrection and influence on other artists, who have helped it to become one of the most recognized and celebrated songs of all time.

Among talking heads are Rufus Wainwright, Brandi Carlile, Judy Collins, Regina Spektor, Amanda Palmer and Eric Church, among others, who have all recorded and performed their own versions of the song. Other interviewees include Cohen’s long-time artistic collaborator Sharon Robinson, John Lissauer, producer and arranger of the original version of Hallelujah, record industry legend Clive Davis, and Larry “Ratso” Sloman, author, ex-Rolling Stone reporter and long-time interviewer of Cohen who shares never-before-heard, unedited tapes of interviews he recorded with the singer between 1974 and 2005.

The documentary was inspired by the book The Holy or the Broken: Leonard Cohen, Jeff Buckley & the Unlikely Ascent of Hallelujah by Alan Light.