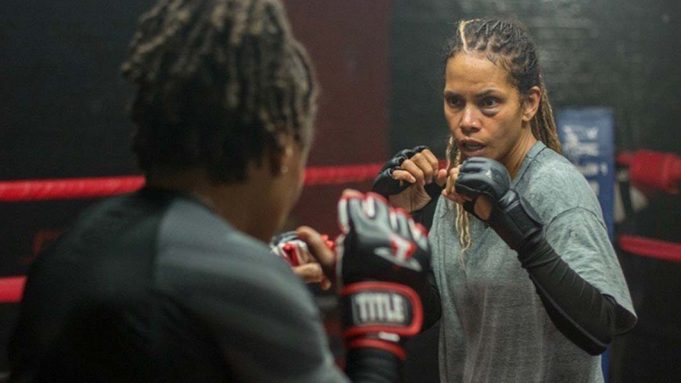 EXCLUSIVE: For Halle Berry, who recently made her feature directorial debut with the Netflix sports drama Bruised, one of the most “magical” parts of the process was teaming up with A-list musicians Van Hunt, H.E.R. and Starrah on the creation of its Oscar-shortlisted original song, “Automatic Woman.”

In the film penned by first-time feature writer Michelle Rosenfarb, the Oscar winner portrays Jackie Justice, an MMA fighter who has left the sport in disgrace. Years later, we find her down on her luck and simmering with rage and regret, watching as she’s coaxed into a brutal underground fight by her manager and boyfriend Desi (Adan Canto) and grabs the attention of a fight league promoter (Shamier Anderson) who promises her a life back in the octagon. But the road to redemption becomes unexpectedly personal when Manny (Danny Boyd, Jr.) — the son she gave up as an infant— shows up at her doorstep, following the death of his father.

The first person Berry contacted for the creation of Bruised‘s song was Hunt, the Grammy-winning singer-songwriter and record producer behind such albums as On the Jungle Floor and What Were You Hoping For?,

“As a first-time director, this is the first time I’ve ever been in a recording studio, witnessing a song be recorded for a film that I made. Getting to work with Van on the song was pretty amazing because he is a world-class singer-songwriter-producer in his own right,” the actor-director says in a featurette exclusive to Deadline, which you can view above. “So, to all of a sudden find myself in a relationship with someone who could deliver a song of this magnitude for me was serendipitous in some ways.”

After watching Berry’s film numerous times, Hunt’s first thought as far as a sound for its main title song was that guitars would play a key role. “Once we got that in, then I knew I wanted to take the drums and I wanted to make them feel organic or analog, like a real player,” says Hunt. “Once we got the instrumentation together, it was time to then think about a lyric.”

The artists bringing the song to life through lyrics were Grammy winners Starrah and H.E.R.—with the latter coming to the project after winning her first Oscar just last year for her Judas and the Black Messiah song, “Fight for You.” Berry notes that working with Starrah was “a dream come true,” with Hunt adding that she managed to keep “the whole vibe of the soundtrack within this song.”

Performing the song was Berry’s favorite artist, H.E.R., who she had been following since her very first album. “She added not only her voice, but wrote the bridge, the lyrics and the melody on the bridge,” shares Hunt, “and she did that within 24 hours.”

“When I heard the beginning ideas of ‘Automatic Woman’, I was so moved. That idea of perseverance and pushing through and fighting through. You know, how do you really empower yourself? ‘I’m an automatic woman. I can do this, I can get through this,'” adds H.E.R. “That’s kind of what I was thinking in the way that the track builds. Then, we get to the big note [and] it’s like I’m unleashing my inner beast, my inner automatic woman.”

“She’s so young, and to have someone be that young and be that ready was very impressive, and it let me know that she’s here to stay,” Berry says of H.E.R. “She’s a trailblazer for her generation, so I was just very impressed.”

Check out the “Automatic Woman” featurette, featuring Berry, Hunt and H.E.R., above.