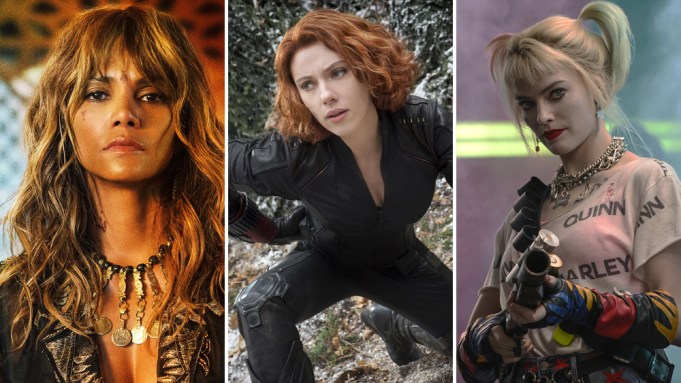 The most badass actresses and stuntwomen of Hollywood had a full-out, virtual battle royale thanks to actress and stuntwoman extraordinaire Zoe Bell (Once Upon a Time in Hollywood, Death Proof) and her video appropriately titled Boss Bitch Fight Challenge.

“I’m so bored! I just want to play with my friends!” she proclaims as it is clear she wants to liven things up during her quarantine. What happens next is over five minutes of virtual fisticuffs.

Similar to a viral video made by stuntmen, the ladies show the men how it’s really done as Bell stitches together vignettes of an all-star, blink-and-you’ll-miss-them roster of women serving us some action-packed, fighting moves that are quite entertaining.

It starts with Bell and we quickly see actresses like Halle Berry kick some butt as well as Scarlett Johansson and her fellow Black Widow star Florence Pugh step into action. Margot Robbie makes use of her Harley Quinn bat while Charlie’s Angels alums Drew Barrymore and Cameron Diaz jump into the brawl. Also making cameos are Xena herself Lucy Lawless, Birds of Prey actress Rosie Perez, Guardians of the Galaxy‘s Zoe Saldana, DMZ star Rosario Dawson as well as Daryl Hannah reprising her role as Elle Driver from Kill Bill.