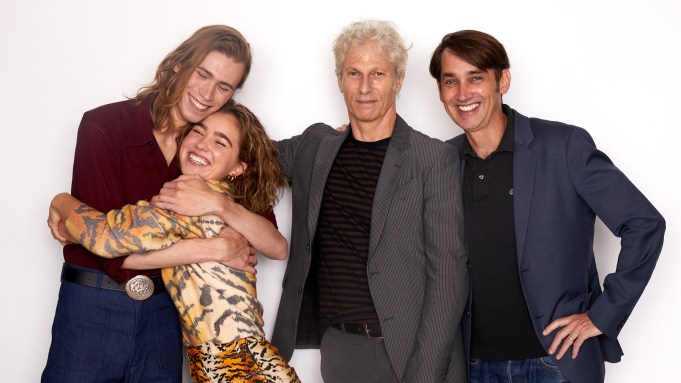 With its world premiere at TIFF, Montana Story explores broken familial bonds and confronting past traumas. Written and directed by Scott McGhee and David Siegel, explores the ramifications of family betrayal and a lack of honest communication.

The film follows estranged siblings Cal (Owen Teague) and Erin (Haley Lu Richardson), who come together once their father is on life support. Cal travels to Montana to visit his father, who sits in a coma. His body is still on the dilapidated ranch where the siblings grew up. Erin returns home but intends to be there for a limited time. It’s clear her relationship with her father is also strained. Still, she’s most uncomfortable about Cal because of his inaction when their father assaulted her seven years ago–and they hadn’t spoken since.

When speaking to the cast and crew at the Deadline Studio, it’s easy to see how attached they are to the narrative. The sweeping landscape of Montana was a big inspiration for writing this story, especially in the pandemic. “We started writing this project for Montana during the pandemic because we were in New York City in lockdown and really frustrated about where we were. Montana just seemed like a place we wanted to be,” said Scott McGhee. Richardson talks about how the choice of setting the film in Montana influenced her performances. “My character (Erin) is very closed off, especially coming back to this landscape (Montana). It’s hard to be in that environment that’s so big and so grounded where there’s nowhere to hide.”

Watch our interview with the directors and actors to get their perspective on why Montana was the perfect place to shoot a movie.