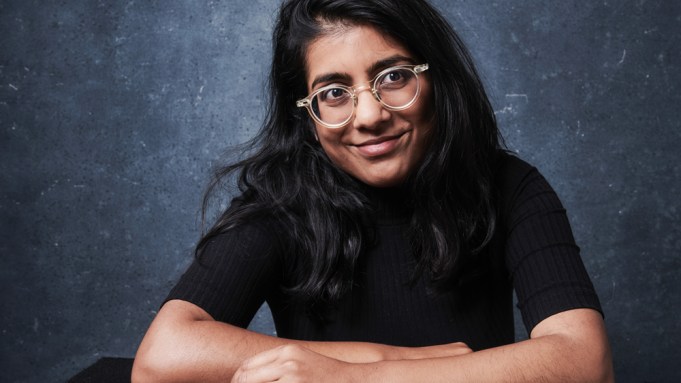 In the Apple Original film Hala, filmmaker Minhal Baig tells a very personal story that parallels her own life and her relationship with her mother and father. Her film debuted at Sundance — without her family knowing. In fact, her family didn’t even know that she made the very personal film that echoed her own experiences as a South Asian teen.

During Deadline’s ninth annual Contenders Los Angeles, Baig revealed that her mom first learned about the film during the Q&A at Sundance. “I did a face time and I told her I made a movie and it’s at Sundance and everyone in the audience wants to say hi,” said Baig. “I turned the phone around and everyone said hi and that was the first time she heard about it.”

Baig also admitted that she was apprehensive about sharing her story which follows the titular Pakistani American teenager (Geraldine Viswanathan) who struggles to balance desire with her familial, cultural and religious obligations.

“The story started from a really personal place and then the guiding principle for writing the screenplay was asking myself constantly whether something was emotionally true,” Baig told the packed audience of Oscar and key guild voters. “At a certain point, it ended up being less about my life. It was sort of letting it be Hala’s story and her journey and asking whether it was true to her, her family and the film.”

In the clip shown, Baig said that it was taken verbatim from her life and that it was difficult for her to revisit those moments in her life. “It was one of those things you see something that’s very painful in your life — the first inclination is to run away from it,” she said. For Baig, the film process was all about getting closer and closer to those uncomfortable moments and to confront the pain and fear. “In a way, it was very therapeutic,” she points out.

As Hala gains acclaim, it adds to the conversation of diverse and authentic stories in Hollywood — specifically in the South Asian American space. “For most people from underrepresented backgrounds who are working in film and television, there is this incredible amount of responsibility you feel in representing your community in a way that is honest — and that’s an incredible burden because we don’t approach all storytellers that way and not all storytellers feel that responsibility,” she said, adding that it was important for Hala to show that the South Asian American experience is “very varied” and that South Asians, Muslims and Pakistani Americans are not monoliths.

Baig adds, “I would love to envision a future where there are 10 or 15 different films at the same time that are exploring this experience so that no one of these movies feels that burden of trying to represent everyone — because that’s impossible.”

To watch more of our conversation, click on the link above.