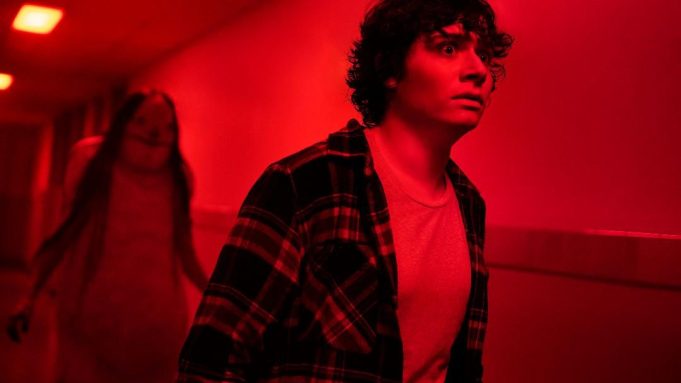 “You don’t read the book. The book reads you.” The most intriguing line line in the unsettling new trailer for Scary Stories To Tell in The Dark suggests that interactive entertainment has been around longer than we thought — and that it has some dark consequences when Guillermo del Toro is involved.

The trailer takes us to the small town of Mill Valley in 1968 where local life seems immune to the tumult of the nation’s big cities and college campuses. All is not serene in Mill Valley, however, not with the shadow cast by the Bellows family over generations of local life. Sarah Bellows suffered a tortured life made all the worse by the whispers of townsfolk. In the Bellow mansion on the edge of town, the young girl protected her horrible secrets and channeled her angst into a series of scary stories that she put down in the pages of a book that has frightening secrets of its own.

Now, when a group of teenagers find Sarah’s terrifying home, they delve into a book that has transcended time and find its tales seem to be invading reality and the lives of the young people who have treaded into the town’s secret history.

Scary Stories to Tell in The Dark hits theaters on August 9 from CBS Films and Entertainment One, presented in association with Rolling Hills and Starlight and distributed by Lionsgate.