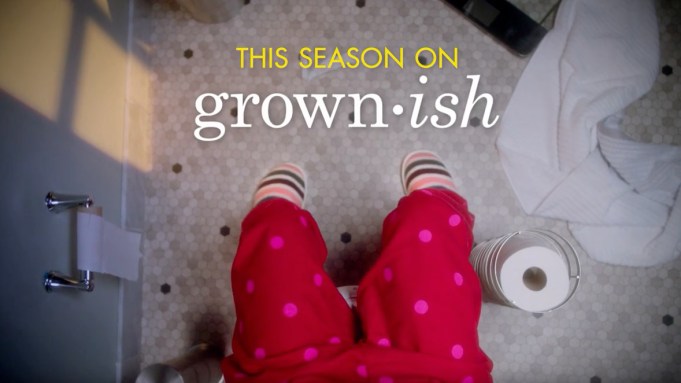 Someone is heading into their junior year with an unexpected surprise. Freeform has released the first teaser for season 3 of its hit comedy series grown-ish, and the quick spot reveals quite a bit in just 15 seconds. It opens with someone sitting on a toilet doing a pregnancy test. The person then throws the test on the floor revealing a + sign, and then exclaims “Oh! S***!’

Picking up after season 2’s finale cliffhanger, the gang returns as confident, eager and seasoned upper-classmen, with Zoey (Yara Shahidi) and her girls (… and Vivek) moving into an off-campus home, ready to take on the school year. They quickly realize that they have been mistaken about the disillusionment of adulthood, with real-life problems coming for them, including student loans, work/ life balance and, of course, messy breakups. Plus, the season premiere picks up with some of the crew having to deal with the repercussions of their big mistakes before summer break.