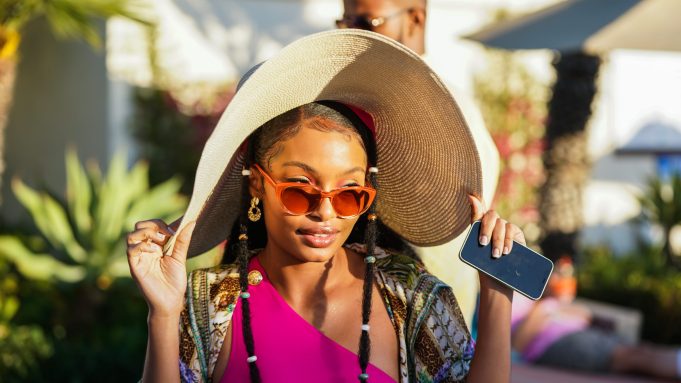 In a new trailer released on Monday for Grown-ish Season 4, Yara Shahidi’s Zoey proclaims that she is ready for “a clean slate” and a “fresh start,” coming to acknowledge shortly thereafter that her clean slate is “already dirty.”

The Black-ish spinoff, created by Kenya Barris and Larry Wilmore, is billed as “a contemporary take” on the world of higher education, examining the issues facing students and administrators alike.

In Season 4, we watch as Zoey—the eldest daughter of Black-ish‘s Dre (Anthony Anderson) and Rainbow (Tracee Ellis Ross)—navigates the highs and lows of life as a college senior.

Some of the major events teased in the trailer for the show’s latest go-round include a vacation in Mexico, and a protest against systemic racism and police brutality unfolding on Zoey’s campus. We also see that Zoey has done something to gravely disappoint her father, and learn that one of the show’s characters is soon to be married.

The single-camera comedy’s fourth season debuts on Freeform on July 8. Episodes, premiering on Thursdays, are available for streaming the next day on Hulu.

Check out Grown-ish‘s Season 4 trailer above.