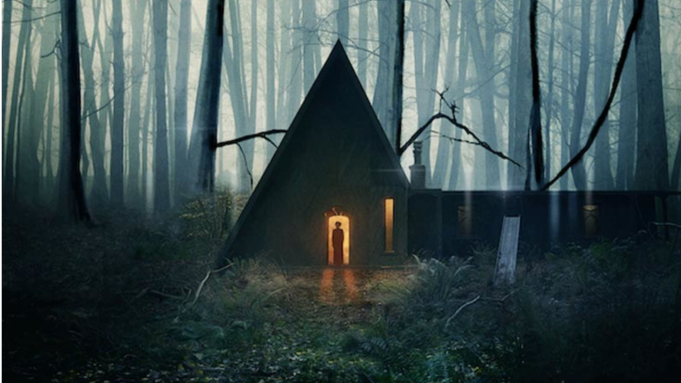 The forest obscures dark deeds and sorcery in the new Orion Pictures teaser trailer for Gretel & Hansel: A Grim Fairy Tale (in theaters Jan. 31, 2020), a new, R-rated reframing of a children’s classic that was already fairly sinister in its storybook form.

Hansel & Gretel may date back to the 14th Century but the German folk tale became a bedtime reading tradition for generations after its inclusion in Grimms’ Fairy Tales in 1812. The story’s gingerbread house became even more famous with the 1893 premiere of a namesake opera. Orion Pictures, however, has a far different sort of interpretation in the oven.

Orion’s official synopsis for Gretel & Hansel: A Grim Fairy Tale: “A long time ago in a distant fairytale countryside, a young girl (Sophia Lillis, It Chapter Two) leads her little brother (newcomer Sammy Leakey) into a dark wood in desperate search of food and work, only to stumble upon a nexus of terrifying evil.”

Sophia Lillis, the young breakout star from the Stephen King adaptation It (2017), stars as a flinty, 16-year-old version of Gretel, while newcomer Sammy Leakey portrays Hansel, the little brother who is half his sister’s age. Alice Krige (OA) plays Holda, the powerful witch who is cooking up trouble, while Charles Babalola (Black Mirror) portrays a hunter that crosses paths with the title characters.

Horror fans might need a moment to recognize the transformed Lillis as Gretel but they will certainly remember her stirring performance as Beverly Marsh in New Line’s It, which now ranks as the highest-grossing horror film in Hollywood history with more than $700 million in global box office. Lillis is back in the Pennywise sequel and will star next in Nancy Drew and the Hidden Staircase, the Warner Brothers big-screen revival of the old-school YA bookshelf icon.