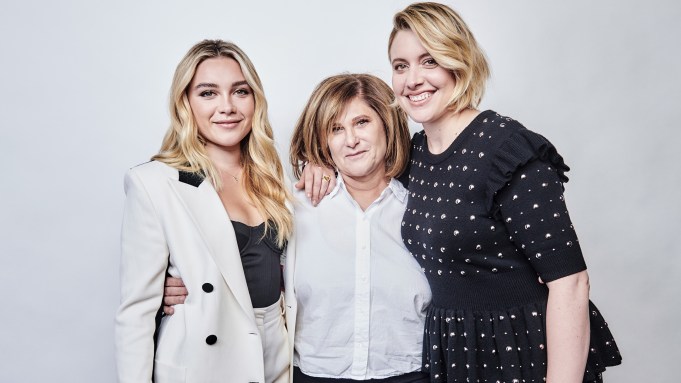 With seven feature film versions the need for another is questionable, but Greta Gerwig had a distinct vision for a new circa 2019 take on Louisa May Alcott’s evergreen novel, Little Women and so, exactly 25 Christmas seasons since the last version in 1994 that starred Winona Ryder, we have a beautifully gift-wrapped new take that is decidedly one that should appeal to today’s movie goers, particularly young women.

Gerwig, who adapted the screenplay and directed, Florence Pugh who got the plum role of Amy, and producer Amy Pascal all participated in our ninth annual Deadline’s The Contenders Los Angeles all day event at the DGA theatre earlier this month in Hollywood in front of a packed house of Academy and key guild members. Gerwig told me about the modern day aspects of the novel and why there was every reason she felt she could delve into Alcott’s world by focusing on the author herself and the whole idea of writing. That all became fodder for the key character of Jo played by Gerwig’s Lady Bird star Saoirse Ronan. Pugh talked about how Amy, determined to have money no matter how she can get it, is not the most sympathetic of the women in the story, but that Amy is so forthright and realistic you simply can’t hate her.

The film was shot in Massachusetts, and producer Pascal actually broke her ankle on location which forced her to communicate with Gerwig only by walkie talkie most of the time. She points out the key themes of women and money in the story, the need to be an artist, the decision to go for two different time periods, and the whole writing aspect and how key that was for this version.

To watch our conversation, click on the link above.