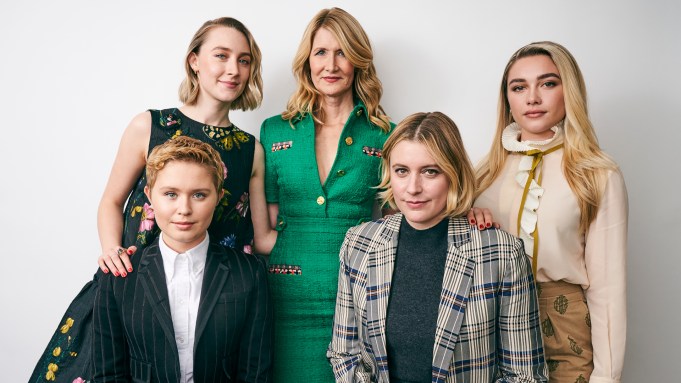 There have been many film adaptation of Louisa May Alcott’s Little Women, but writer-director Greta Gerwig’s new version makes one crucial change: a nonlinear timeline. She told the crowd recently at Deadline’s The Contenders New York why it was important to focus the film on Jo (Saoirse Ronan), Meg (Emma Watson), Amy (Florence Pugh) and Beth (Eliza Scanlen) as adults.

“What I felt like I wanted to do was structure it so you begin in adulthood and you go back to childhood as a yearning, as a memory, as something that’s a snow globe of a perfect moment that’s forever gone,” Gerwig said. “I think that as people, but particularly as women, you’re always walking with your younger self and you’re always answering to her, and are you being as big and as brave as you could be?”

That connection with the past resonated with Scanlen. “That’s why Jo comes back home because she’s looking for something that she feels she’s lost which is a sisterhood,” she said. “Or, just a memory of sisterhood that she can’t quite get back.”

The cast play the characters at both ages. Having starred in Gerwig’s Lady Bird, Ronan was open to her adaptation. “I think because it was with Greta, I knew it was such a cool thing to follow up Lady Bird with,” Ronan told the DGA Theater crowd of Academy and guild voters. “This gives us an opportunity to have loads of fun and to do something different with this character and really open her up in a way that she has to a certain extent before.”

Not only does Little Women bounce back and forth in time, but every scene has layers of dialogue and action going on. “In the background of every single scene, there’s always something else going on,” Pugh said. “So you had to be completely switched on and ready and obviously the bigger the scene, the more characters, the more things were going on and it was so exhilarating.”

“She would also put her focus and her vision on compassion and integrity and deep love as something incredibly radical in cinema right now,” Dern said. “That’s as radical as any story we could get to tell right now. It’s the thing that’s most missing.”