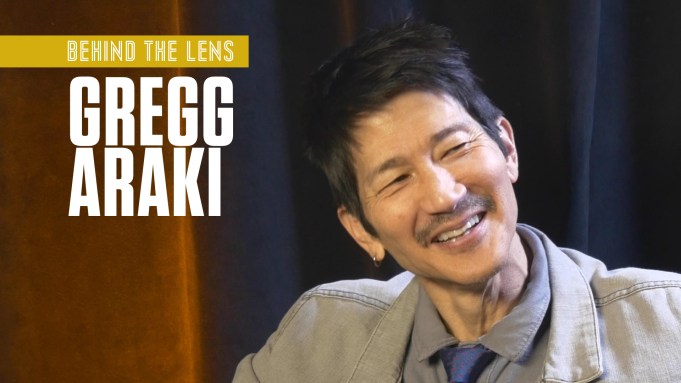 Writer-director Gregg Araki is not exactly the artist I would think of when I think of a traditional series TV showrunner, but he is proving you can play in the medium and bring non-traditional ideas into play to make them work on your own terms. When he visited our Deadline studio to tape this week’s episode of my video series Behind the Lens, this self-admitted underground filmmaker (at least that is how he started) said he has been thinking about doing a TV series for 25 years, and in particular one that has turned out just like Now Apocalypse, his Starz comedy that “explores identity, sexuality and artistry in strange, bewildering Los Angeles.” It’s a freewheeling, off-the-wall show that has no limits — and has won critical acclaim for just that.

Araki tells me one of his early inspirations was actually David Lynch’s TV classic Twin Peaks. However, he is also no stranger to more conventional television since he has directed episodes of such series as Riverdale, American Crime and 13 Reasons Why.

A director who has been described in the past as a leader of New Queer Cinema, Araki went to USC Cinema School and tells me how he learned the basics of filmmaking there (Paul Feig was a classmate) before turning into what he describes as the “weird artsy punk guy,” making more underground cult-type movies like his teen apocalypse trilogy in the mid-1990s that consisted of Totally F*#*&d Up, The Doom Generation and Nowhere.

His most widely acclaimed film came in 2004 with Mysterious Skin, but Araki, whether working on the big or small screen, makes personal stories true to himself and his own artistic ambition. Now Apocalypse is a perfect example.

Check out our conversation in the video above. To see past episodes of Behind the Lens, click here.