Continue to Deadline SKIP AD
You will be redirected back to your article in seconds
Skip to main content
July 3, 2019 9:00am
21Comments 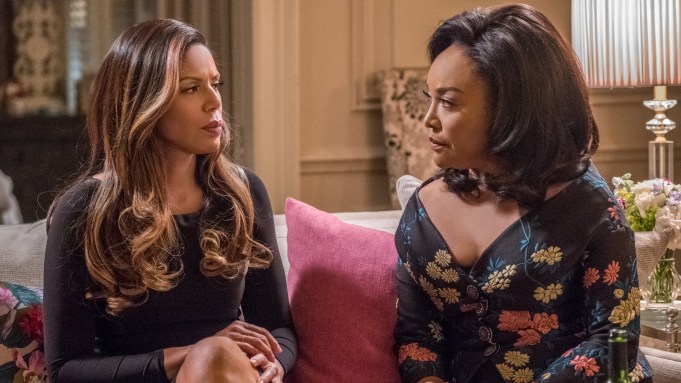 EXCLUSIVE: The Season 4 trailer for Greenleaf is out, showcasing the increasing drama inside a megachurch undergoing a strange transition. The fourth season will premiere at 10 p.m. Tuesday, September 3, a shift from last year’s Wednesday night slot.

Season 4 finds the Greenleafs attempting to maintain a united front in the face of losing Calvary to Bob Whitmore (Beau Bridges) and Harmony & Hope Ministries. But secrets past and present create what could be fatal fractures in the family’s fragile foundation.

Lady Mae (Lynn Whitfield) and Grace (Merle Dandridge) form an uneasy alliance as they endeavor to reclaim their church from Harmony & Hope: Grace from within the church, where she’s operating as interim head pastor, and Lady Mae using her persuasive ways from the outside. But Grace’s mission becomes complicated when a mysterious phone call sets in motion a chain of events that threatens to reveal her biggest secret yet. The Bishop (Keith David) continues working to mend his rift with his wife Lady Mae, while Harmony & Hope’s grip on Calvary tightens day by day.

Writer/executive producer Craig Wright (Lost, Six Feet Under), and executive producers Clement Virgo (Empire), Kriss Turner Towner (The Romanoffs) and Oprah Winfrey are behind the series, which last season was Wednesday night’s No. 1 original cable series for African-American women and total viewers and has averaged more than 2 million viewers in each of its three seasons.

Greenleaf is produced for OWN by Lionsgate in association with Harpo Films and Pine City.

Viewers can catch up on the show’s complete three seasons on Netflix.