Continue to Deadline SKIP AD
You will be redirected back to your article in seconds
Skip to main content
June 25, 2020 7:37am
2Comments 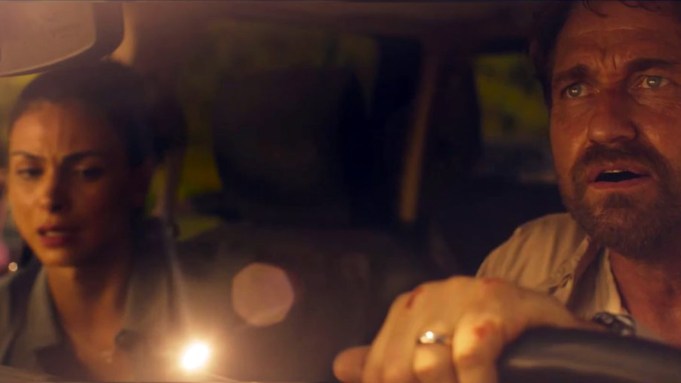 Here’s the first trailer for Gerard Butler action-thriller Greenland, which is due for theatrical release in multiple markets – including U.S. and UK – in August.

Directed by Ric Roman Waugh (Angel Has Fallen) and co-starring Morena Baccarin (Deadpool), the film follows a family’s dangerous journey for survival as an unstoppable comet hurtles towards a devastating collision with Earth.

The film will be among the early wide release movies to take on the coronavirus challenge.

Thunder Road Films’ Basil Iwanyk, who also developed the project, is producing with Butler and Alan Siegel via their G-Base production company. Anton financed and produced.