Continue to Deadline SKIP AD
You will be redirected back to your article in seconds
Skip to main content
November 14, 2018 4:14pm 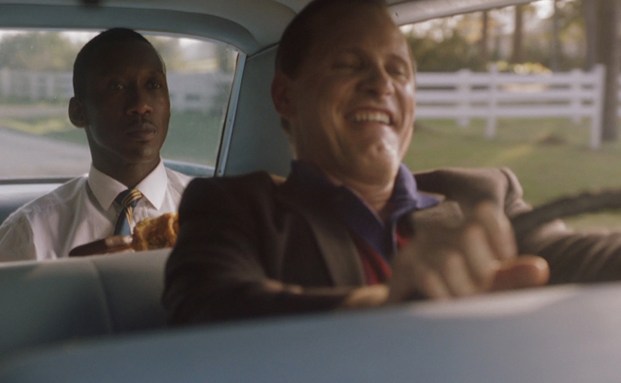 Every now and then a movie comes along at the right time. That time is now, and that movie is Green Book. This film about a road trip through the Deep South in 1962 between world-renowned black concert pianist Don Shirley and a white bouncer-enforcer named Tony “The Lip” Vallelonga, who became his driver, and then his friend is, in a word, glorious. As I say in my video review (click the link above to watch), it might be the best film you will see all year. And the fact that it is all true makes it something that not only makes us believe again in the magic and power of movies, it also gives us hope for the world we live in today. If ever there was a feel-good, funny, human, heartwarming and memorable movie experience that must not be missed, it’s this one.

The big surprise for many is that this film comes from director Peter Farrelly, best known as one half of the Farrelly brothers team responsible for the likes of such broad comedies as Dumb and Dumber and There’s Something About Mary. Here is venturing out on his own in a very different kind of movie. He co-wrote it as well with Brian Currie and Nick Vallelonga, son of Tony the Lip, who took the stories his late father told him about that memorable trip and made them the basis of this film. Shirley died five years ago and didn’t want his story told until after his death, so it is too bad that neither of the two principals of this tale lived to see the superb film that has come from their own lives and the lifelong friendship they struck while making that journey.

It came about when Shirley (Mahershala Ali), an erudite and highly educated man and brilliant musician who lived in splendor in New York City, decides to do a concert tour of the South playing at various high-end venues for mostly white audiences during the 1962 holiday season. He was smart enough to realize he might need a strong white man to be his driver, and that is where Tony (Viggo Mortensen) — who most recently had been working as a bouncer at the Copacabana — comes in. This unlikely pairing made for an odd couple indeed, but it grew into something very special as they became invaluable to each other.

It is astounding to see that at the time Shirley could not even eat, stay or go to the bathroom in the various places he was hired to play in the Deep South of the early ’60s. Racial tensions in that pre-Civil Rights era still were high, even as these privileged audiences paid well to watch this man make magic with his piano. The title actually refers to a book that existed between the 1930s and mid-’60 called The Negro Motorist Green Book, which let black people know where they could freely stay and eat in the South during those years. The bulk of this film chronicles this tour and the growing relationship in which two human beings form a bond that even the ills of a backward society couldn’t break.

Mortensen has perhaps his finest role yet, perfectly nailing the Sopranos-like accent and style of Tony but never turning it into caricature or false moments. Ali is his equal in every way in capturing the dignity of a man who found it hard to fit in two distinct worlds in black and white. This pairing makes for one of the great screen teamings of recent times. Also very fine is Linda Cardellini as Tony’s wife, who’s not on the road trip but is very much a part of it. She’s excellent.

Green Book has echoes of other films such as Driving Miss Daisy, In the Heat of the Night, Hidden Figures, The Help and The Blind Side, among those that come to mind. What all those films had, in addition to a shared humanity, was they all were either Best Picture Oscar winners or nominees. I expect Green Book to earn that distinction as well. Producers are Jim Burke, Charles B. Wessler, as well as Farrelly, Vallelonga and Currie. Universal is opening the film Friday in limited release to get word-of-mouth going, before expanding wide on November 21.

Do you plan to see Green Book? Let us know what you think.