Continue to Deadline SKIP AD
You will be redirected back to your article in seconds
Skip to main content
June 29, 2020 9:00am 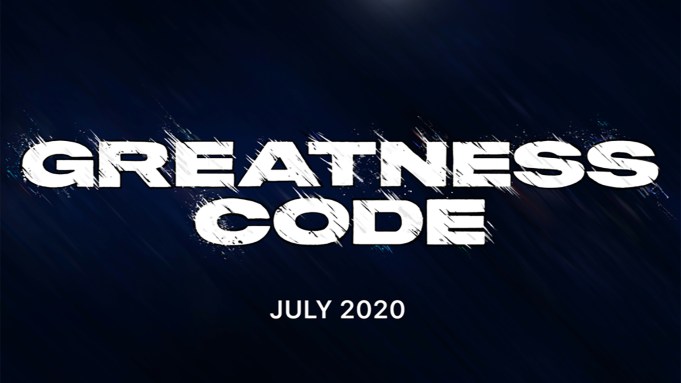 Co-produced by Uninterrupted and Religion of Sports, and directed by Gotham Chopra, Greatness Code joins Apple’s programming slate with the global debut of the complete first season on Friday, July 10, exclusively on Apple TV+.

The short form unscripted series spotlights untold stories from the athletes, with the first season  containing seven mini-episodes, each examining a pivotal moment in an athlete’s career.

The athletes featured in season one include:

Greatness Code is a co-production between powerhouse sports content platforms Religion of Sports, which is co-founded by Chopra, Brady, and NFL Hall of Fame legend Michael Strahan; and Uninterrupted, the athlete empowerment brand founded by LeBron James and Maverick Carter.