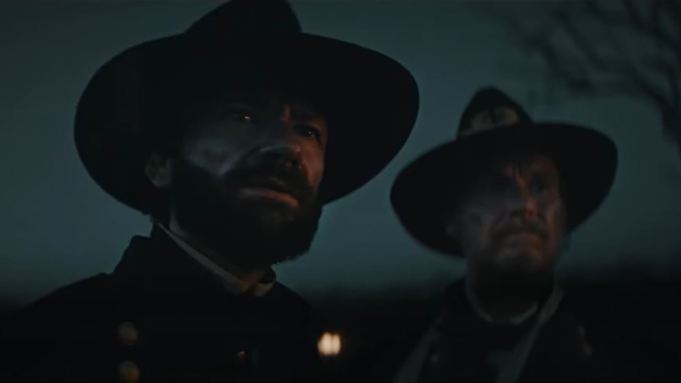 “He’s been called so many things over the years,” an interviewee says in the first trailer for History’s miniseries on Ulysses S. Grant. Here are a few: “The first modern American warrior,” “a bloody butcher,” “a corrupt president,” “a belligerent drunk” and “the greatest general of the time.”

Final answer? F) all of the above — with likely protests by some on that last one.

History has set a Memorial Day premiere for Grant, its three-night hybrid documentary-drama from EP Leonardo DiCaprio about the man who was plucked from relative obscurity to lead the Union’s forces in the last year of the Civil War and went on to be a flawed but underappreciated U.S. president.

Written by Pulitzer Prize winner Ron Chernow and produced by RadicalMedia and Lionsgate Television, Grant mixes talking heads with scripted drama to tell the story of the Union hero (played by Justin Salinger) who went on serve as the nation’s 18th POTUS. As History puts it, “At the time of his death [in 1885], Ulysses S. Grant was the most famous man in the world and stood alongside men like George Washington and Abraham Lincoln in the pantheon of American heroes. However, today Grant is largely forgotten, his rightful legacy tarnished by a fog of myth, rumor and falsehood.”

Appian Way’s Jennifer Davisson and DiCaprio served as executive producers of Grant, which launches at 9 p.m. Monday, May 25, and will air over three consecutive nights. Watch the first trailer above.