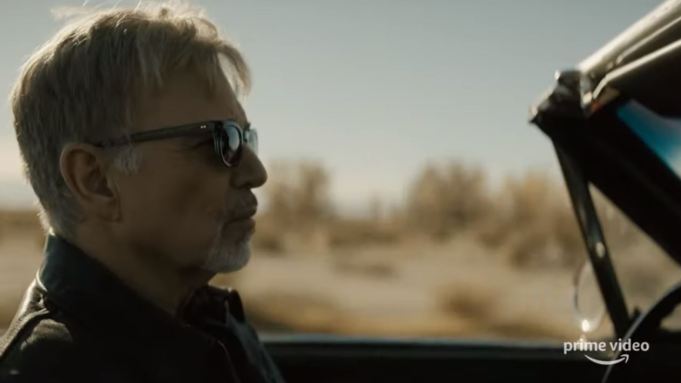 Billy Bob Thornton is back on the case in Goliath, and Amazon Prime Video just release a trailer for Season 3. This time he’s taking on “the biggest law firms in the state, representing one of the wealthiest men in the country.”

Pshaw, bring it on.

Amazon said today that Season 3 of the drama from David E. Kelley and Jonathan Shapiro will premiere October 4.

This season, the unexpected death of an old friend leads Billy McBride (Thornton) to take a case in the drought-stricken Central Valley, where he comes face-to-face with a new Goliath: a billionaire rancher (Dennis Quaid) and his sister (Amy Brenneman). As Billy and his team pursue the truth, old enemies and personal demons resurface, forcing him to confront his own mortality.

“I’m glad you reconsidered this case,” McBride is told. “My wife is dead. Someone has to be responsible.”

Lawrence Trilling, who worked on the first two seasons of Goliath, returns as showrunner for the third run. He executive produces alongsode Geyer Kosinski and Jennifer Ames & Steve Turner. Check out the trailer above.