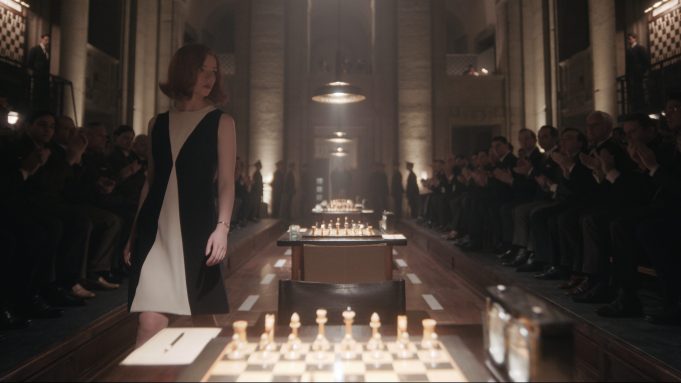 Talking about Taylor-Joy’s sublime performance, series EP William Horberg beamed during the Golden Globes’ virtual backstage. “She was amazing from the day we met her until the day we wrapped,” he said. “She came in and elevated the whole project.”

“She was able to grow from 14 to twentysomething; what a complicated character to play: She’s a killer, but she’s a nerd,” said the EP.

Horberg said that given Taylor-Joy’s background as a ballet dancer, “he was able to dance her fingers around the chess pieces.”

During production, the actress said she realized “how much fun it is to punctuate a feeling by moving a piece.”

“I didn’t realize I needed sassy chess in my life, but I do,” she said during a short stint backstage tonight.

Horberg mentioned how surprised Netflix was over the success of the series, which drew 62 million global households. The Queen’s Gambit is such a sensation, the EP says, “hotel rooms are being designed around some of our sets.”

Watch Taylor-Joy’s backstage comments above and Horberg’s below: