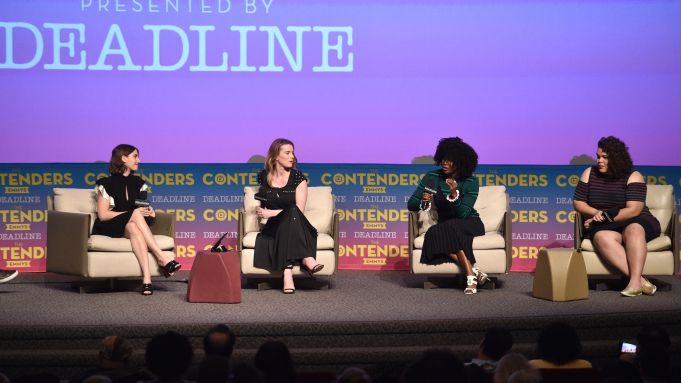 During the panel for Netflix’s GLOW at Deadline’s The Contenders Emmys event, stars Alison Brie, Betty Gilpin, Sydelle Noel and Britney Young talked about how wrestling bonded the cast in the most “intimate” ways.

“We were trust-falling into each other’s arms before we knew what each other’s last names were,” Gilpin said. Added Noel: “We all love each other and that’s really hard with 14 — now 15 — girls.” She points out that there was no “cattiness” on set and said that “it’s great to be on a show with 15 women who support each other.”

Brie said that with the physicality of wrestling they had no choice but to become intimate as they were put in compromising positions — like where faces would be in crotches because of a particular move. “It bonded us immediately,” she joked.

The wrestling featured on the show is just as important to move the story forward, and Young said they do their own stunts. “What you see on the screen is us,” she said. “We’re so proud of that fact. GLOW is a team sport — we do it for each other and ourselves.”