Continue to Deadline SKIP AD
You will be redirected back to your article in seconds
Skip to main content
March 7, 2019 6:28pm 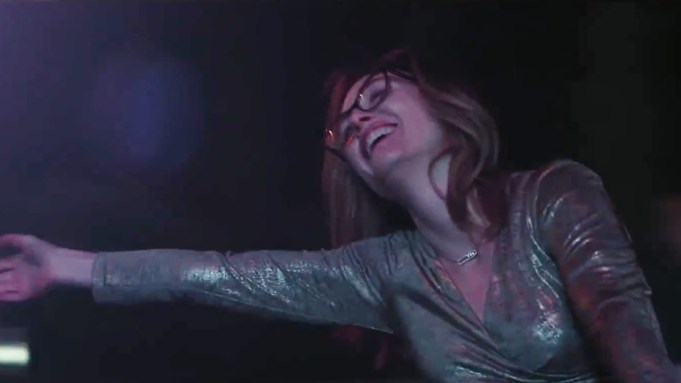 In 2013 Chilean director Sebastian Lelio won raves, and his star Paulina Garcia won awards, for Gloria, a movie set in Santiago that did well on the art house circuit and was released domestically by Roadside Attractions. One of those who really admired it was then-newly minted Oscar winner Julianne Moore (2014’s Still Alice), who saw the role as a perfect vehicle for her and had the clout to get it remade in an English-language version.

Her biggest stipulation was that Lelio direct his own remake, and thus we have Gloria Bell. This is a movie that adheres very closely to the original, opening and closing with its title character dancing. Even the glasses she wears are the same look. Moore is such a good actress that she makes you forget her natural movie-star glamour and believe totally in this rather nondescript but still lovely divorcée and mother of two grown kids. She works as an insurance adjuster by day but goes to clubs (every now and then) at night in order to get some semblance of excitement in her life. She’s often on the dance floor, it is there she takes up with a man named Arnold (John Turturro), who is also divorced, but only for a year, and the father of two needy girls. He too is looking to change his life, so the relationship, sexual and otherwise, begins but as Gloria finds out it isn’t easy out there to find love.

Arnold has his own issues. Without going into detail, their pairing turns a bit rocky at a dinner party with her ex-husband (Brad Garrett) and his new wife (Jeanne Tripplehorn) and son Peter (Michael Cera) — a young father with problems of his own — and daughter Anne (Caren Pistorius), who’s in her own relationship with a young man who lives in Sweden and wants her to join him there. Other characters pop in and out including Gloria’s understanding mother (the wonderful Holland Taylor) and best friend (Rita Wilson). Sean Astin even turns up briefly during to Gloria’s disastrous trip to Vegas.

All are terrific, but at the center of all of this is Gloria Bell, and in the hands of Moore, that is all you need. She hits every emotional note in such recognizable ways you feel you know this woman. And you probably do. Lelio, who won an Oscar for last year’s Best Foreign Language Film A Fantastic Woman and also made his English-language directorial debut with the very fine Disobedience in between bouts with Gloria, has written (co-adapted for this version by Alice Johnson Boher) and directed the film as a series of snapshots in the life of a lonely woman, seeing her kids drift away and her life looking for some emotional gravitas. She sings along with Olivia Newton-John as she drives, she finds comfort in dancing, she’s compassionate with friends and only wants the best for her children. Even a wayward hairless cat is given attention, however reluctantly. By the end we are in her orbit and rooting for her to find the one person that maybe she didn’t know all that well, herself. Garcia achieved all this in her own way, and so does Moore.

Lelio, clearly a director who has the touch for women’s stories, is lucky to have gotten the chance to bring both of their performances to vivid life. A24 releases it Friday. Check out my video review above with scenes from the film.

Do you plan to see Gloria Bell? Let us know what you think.