Continue to Deadline SKIP AD
You will be redirected back to your article in seconds
Skip to main content
January 17, 2019 4:29pm
13Comments 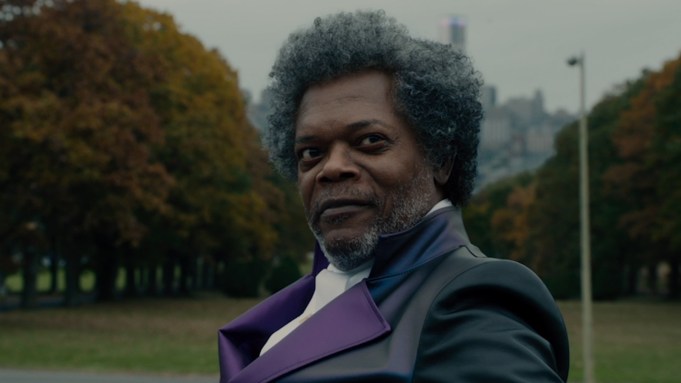 Few contemporary filmmakers have come out swinging as impressively as M. Night Shyamalan did when he was heralded as the “new Spielberg” after a series of successes near the start of this century, including most notably his Oscar-nominated The Sixth Sense, Signs and Unbreakable, the latter being the 2000 film with Bruce Willis and Samuel L. Jackson that kicked off Shyamalan’s accidental superhero trilogy now finishing with Glass.

It has been an interesting couple of decades for Shyamalan’s checkered career after Unbreakable, with a series of mega-bombs including such forgettable ditties as The Last Airbender, Lady in the Water and Will Smith’s ill-advised After Earth. A low-budget thriller from Blumhouse called The Visit, though, brought his career back on the upswing, and the multiple-personality suspense flick Split starring James McAvoy brought it roaring all the way back. It is that 2017 hit that ended with a nod to Unbreakable, featuring a finale with Willis and Jackson that has made this final chapter inevitable.

Artistically, Shyamalan should have quit while he was ahead, though there is no question Glass — a tedious and disappointing entry in the filmmaker’s canon — will give him the last laugh as all indications are it will be a big smash this weekend. There is clearly a lot of anticipation for it, but I only wish it were more compelling and offered something actually new. It doesn’t. Basically, it exists as a vehicle to get its three main stars all locked up together in a sanitarium where their dreams of comic book glory are meant to send off cinematic fireworks. Instead, it is a bit of a slog as Willis’ character David Dunn, a vigilante style “hero” nicknamed the Overseer, hunts down McAvoy’s character Kevin Wendell Crumb’s (aka The Horde, to indicate the collective personas within this guy) most fearsome personality known as The Beast (think The Hulk) to bring him to justice. The cops manage to nab both of them and they are tossed into the same sanitarium where Jackson’s character Elijah Price, aka Mr. Glass, a superhero comic book geek, has been imprisoned for the past 19 years.

They have all been placed there under the supervision of Dr. Ellie Staple (Sarah Paulson), a psychiatrist who specializes in dealing with patients with the syndrome of thinking they have super powers. It is her job to knock them down and try to bring them back to reality — or do they really have those abilities, and how will they use them this time? In making sure this review doesn’t spoil the plot, we’ll leave it at that since the great majority of this film takes place in this mental maze and feels awfully claustrophobic. This is not your normal superhero movie, but instead might have been called Three Flew Over (Waaaaay Over) The Cuckoo’s Nest.

What Shyamalan delivers this time out is a far cry from the glories of The Sixth Sense era (so Haley Joel Osment wasn’t available for a cameo?) and some of his earlier films, but he is blessed to have the right actors on board to at least make this watchable, particularly Jackson, who as usual throws everything he has into this hokum even though his title character doesn’t really get cooking until the second half of the overlong (2 hours and 9 minutes) outing. Willis once again connects impressively with the determined Dunn, and McAvoy is amusing in his different guises as he chews the scenery for all its worth. The film looks rather dour and mostly just chugs along without a whole lot of action to keep us fully engaged in this genre piece.

It is lesser Shyamalan, but for fans maybe that’s enough. He’s definitely a filmmaker who knows what he is doing, but I just wish he’d do it with a little more originality next time out.

Producers in addition to the writer-director are Jason Blum, Marc Bienstock and Ashwin Rajan.  Universal releases it Friday after previews tonight. Watch my video review with scenes from the film above.

Do you plan to see Glass? Let us know what you think.