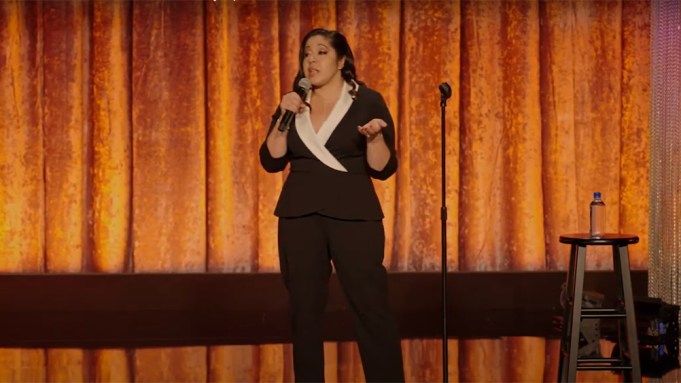 EXCLUSIVE: Amazon has set Friday, June 5 for the premiere of Gina Brillon: The Floor Is Lava one-hour comedy special, and unveiled a first-look trailer.

In her third stand-up special, Brillon pulls no punches when discussing her childhood, culture and the transition from single to married life with her Midwestern husband as she guides the audience on a journey of love, laughter and heart.

Brillon’s first one-hour special, Pacifically Speaking, was produced by Gabriel Iglesias and aired on NuvoTV (2014). She has made appearances on Comedy Central’s Live at Gotham, E!’s Chelsea Lately, AXS’ Gotham Comedy Live, The View, Late Night with Seth Meyers and Jimmy Kimmel Live! Brillon also has been seen on Kevin Can Wait on CBS and The Conners on ABC. In 2012, she became the first (and only) Latina winner of NBC’s Stand up for Diversity Showcase. She was selected to be part of Montreal’s Just For Laughs New Faces Showcase.

Brillon is also a singer, published writer, and poet. Her pieces have appeared in The New York Post and Daily News, among others. In 2019, she was featured on Gabriel Iglesias’ “Beyond the Fluffy Tour” – hitting 46 cities around the US. Her most recent half-hour special, Easily Offended, was one of the top shows among the Entre Nos franchise on HBO Latino, and is now streaming on all HBO digital platforms.