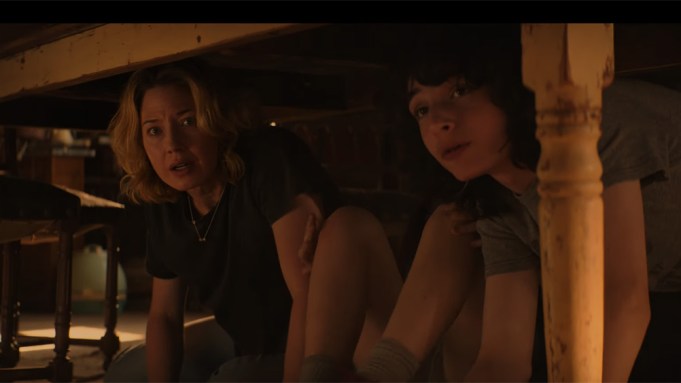 Sony Pictures has dropped the first trailer for Jason Reitman’s Ghostbusters: Afterlife, the next chapter in the original Ghostbusters universe.

In the continuation of the franchise, which began with the original film in 1984 and its sequel in 1989, Ghostbusters: Afterlife revolves around a single mom, played by Carrie Coon, and her two kids who arrive in a small town, and begin to discover their connection to the original ghostbusters and the secret legacy their grandfather left behind.

Finn Wolfhard, Mckenna Grace and Paul Rudd also star, and most of the actors involved in the original franchise are returning.

Pic is written by Jason Reitman, who directs, and Gil Kenan, and produced by original director Ivan Reitman.

Ghostbusters: Afterlife is set for a July 10, 2020 release date.