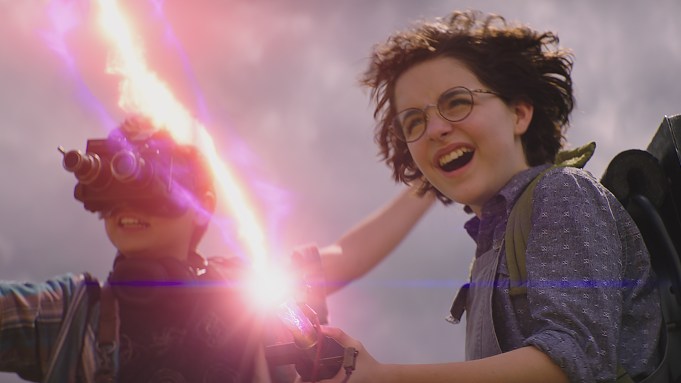 The spirits of Ghostbusters Past are strong in Sony Pictures’ new trailer for director Jason Reitman’s Ghostbusters: Afterlife, the upcoming sequel to the hit 1984 comedy. You can catch a glimpse of original stars Bill Murray, Dan Aykroyd and Harold Ramis in a sort of video callback, Annie Potts reprises her role of Janine, and a very familiar-sounding mystery man haunts the trailer’s final seconds.

Starring Finn Wolfhard, McKenna Grace, Carrie Coon and Paul Rudd, Ghostbusters: Afterlife focuses on the family of Egon Spengler (played in the original by the late Harold Ramis) who gradually discover  their connection to the original ghostbusters and the “secret legacy” they’ve inherited.

The film is written by Gil Kenan & Jason Reitman and produced by the original’s director Ivan Reitman.