Hollywood's Covid Protocols To Remain In Place As Negotiations Continue
Read the full story
June 26, 2019 11:38am 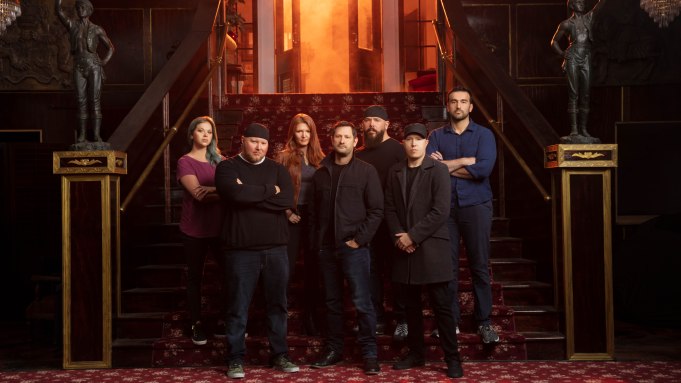 A&E has ordered 20 episodes of Ghost Hunters for premiere Wednesday, August 21 at 9 PM ET/PT. Following its 11-season run on Syfy, the reboot will follow one of the original team leaders, Grant Wilson, and his handpicked group of professional ghost hunters as they use their decades of field experience to investigate hauntings across the country. Watch the trailer above.

Psychic Kids will immediately follow Ghost Hunters on Wednesday, August 21 at 10 PM ET/PT. Ten years ago, the series chronicled the journeys of children who were learning to control their extraordinary abilities – and it changed their lives. In the new eight-episode series, those original kids, who are now successful young adults, will work to empower a new generation of young psychics alongside trained licensed therapists.

A&E also has ordered 12 episodes of Trey the Texas Medium (working title) for premiere this fall. It centers on Trey Ganem, a successful businessman in Edna, TX, who creates one of a kind, custom caskets, and while refining his skills as a master carpenter, cultivated his deeper talent of mediumship.

Celebrity Ghost Stories follows paranormal storyteller and psychic-medium Kim Russo (The Haunting). Russo will bring some of the biggest names in entertainment back to the sites of their paranormal experiences for an unfiltered and, in some cases, dangerous reunion with the ghosts of their past. The series has been greenlit for six episodes set to premiere this Fall.

World’s Biggest Ghost Hunt (wt) centers around five paranormal investigators are locked inside the legendary Pennhurst Asylum in Pennsylvania for two weeks to document unexplained recent reports of paranormal activity. The two-hour special is set to premiere this Fall.