Continue to Deadline SKIP AD
You will be redirected back to your article in seconds
Skip to main content
August 3, 2020 8:47am 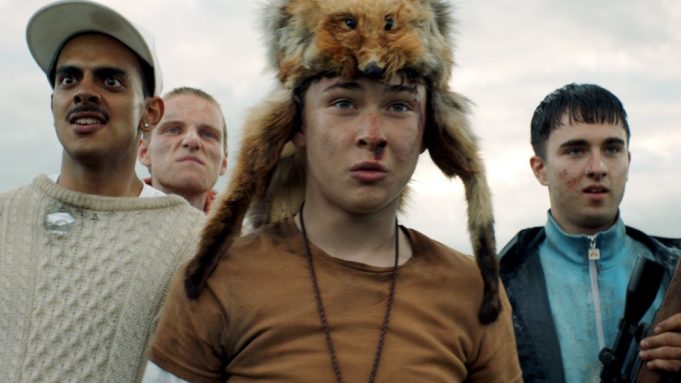 EXCLUSIVE: Amazon Studios has released the first trailer for Get Duked!, the debut feature from director Ninian Doff.

Amazon acquired the film after its noteworthy festival run, starting with a world premiere as the 2019 opening Midnight Movie at SXSW under the title Boyz in the Wood.

“When I was writing, I couldn’t help but look at Brexit in the UK and Donald Trump in the U.S. and the environment on a global level,” Doff said. “Seeing people at the top, knowing they only care about themselves instead of thinking about who will inherit the planet – the idea with this movie was to dig into all of that and make something fun and entertaining that’s also thought-provoking, and politically aware. A year later, with the passing of John Singleton and the awareness of the BLM movement, using the tongue-in-cheek title Boyz in the Wood didn’t feel respectful. Get Duked! was always our working title, and we felt it was better to return to that.”

Produced by Tobey Maguire and Matthew Plouffe’s Material Pictures, the pic was originally scheduled to be released August 7 but now will be available to stream via Amazon on August 28.