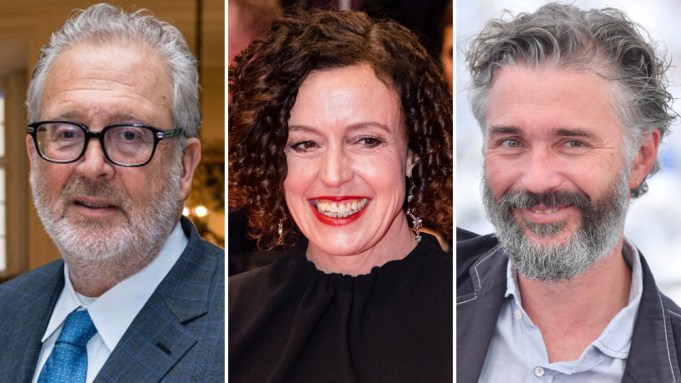 Deadline this week sat down with a group of leading German industry professionals to discuss the challenges and opportunities facing the local and international marketplace in the aftermath of COVID-19. Germany was the first European major to re-open cinemas, while some productions have started back up, but what does the landscape look like going forward? See highlights of the panel, which was hosted in partnership with German Films, in the video above.

In the video, Martin Moszkowicz, Chairman of producer/distributor Constantin Film, tells us his company was forced to shut down about 30 film and TV productions, but that some have now been able to resume. That’s mostly in Germany, but also in Prague and other European locations that have re-opened. “We are slowly, slowy starting again, but obviously it’s not been easy to get productions going. It costs money and time and it’s not necessarily the easiest for the creative process,” he says.

During the hard lockdown, Constantin focused on post-production and development. “We have been heavily developing for whenever things are somehow back to normal,” says Moszkowicz who nevertheless doesn’t want to “be complaining too much, especially in Germany we have been extremely lucky in handlnig the crisis.”

Actress and director Maria Schrader is gearing up to shoot a high-end TV series in August, after recently receiving the green light. How did that come about? “Germany is a federalistic system and it seems to me that it’s quite an individual choice of companies to either postpone the project or take the risk… I think I’m lucky having Studio Hamburg being the producer who are probably both capable of covering insurance or sharing it with the public television station and also being adventurous enough to go for it. I know a lot of productions that have been postponed to next year, there is not a general rule to it.”

Considering the project is a romantic comedy, that brings with it extra challenges, however. Says Schrader, “We will have constant testing” while the actors involved in intimate scenes will be under quarantine in a Berlin hotel.

Michael Weber, Managing Director of world sales agent The Match Factory, says his main occupation during the lockdown was “talking with producers, directors trying to figure out what to do. We had a lot of films lined up for the Cannes Film Festival, so when the news spread… we had to try to rearrange.” Weber says it’s great news that Venice is going ahead, “It was very important for a lot of filmmakers to know there’s a chance to get their movies out.”

In terms of how buyers are reacting to this not quite yet new normal, Weber says, “We have been in touch with distributors through all that period and I think we are all convinced that things were changing anyhow over the course of the last year. Tastes have changed. It was not anymore that there were releases of 15 films a week, we all understood this concept doesnt work anymore.”

Weber is “quite convinced now because of what has happend with the lockdown, the process has been accelerated. There will be a shift with the windows, with holdbacks. All will be discussed. But at the same time I also very strongly believe, as film is really part of our life and part of our culture, there is also an appetite for something different, something challenging.”