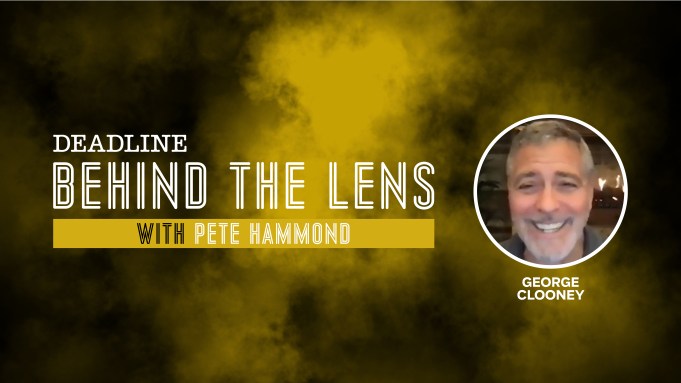 George Clooney’s seventh film as a director, The Midnight Sky, landed on my Top 10 list for 2020, actually in the Top 5 for that matter, and there is a reason for that. It not only is an enormously challenging film to shoot — half taking place in an outer-space setting, and the other half in the worst weather conditions imaginable in the Arctic — it also has something to say about our planet and our lives, a meditation on regret, as its star-director-producer puts it. How many movies dare to take on all that? And then upon its release it becomes even more urgently topical as the pandemic brings its key themes even more into making Midnight Sky a highly important piece of cinema for these dark times.

I need no other reason than that for asking Clooney to join me on this week’s edition of my Deadline video series, Behind the Lens. In this segment taped during the holiday season, we not only examine what went into the making of this intimate epic, we also analyze the reasons Clooney turned into an all-purpose filmmaker in the first place. He says the urge to direct came when he had just signed on to star in the NBC series ER, and that he never stayed in his trailer, like many actors (“I’m from Kentucky, so we like to stay away from trailers”) and instead observed the filmmaking process, as he also did in working with the likes of Steven Soderbergh and the Coens among others.

George Clooney On The Urgency Of His First Netflix Film ‘The Midnight Sky’, Playing Old Guys, Making Movies During A Pandemic And Giving Away $14 Million – Deadline Q&A

Clooney also talks about the renewed timeliness of not only his current film but also the 2005 black-and-white drama Good Night, and Good Luck, which centers on Edward R. Murrow and the McCarthy hearings — a movie that looks like it could have been made today in which a demagogue takes center stage in our political life. Clooney says he has been asked to go into politics but tells me he never will. Nevertheless, he wrote his speeches in The Ides of March (another of his directorial efforts) to contain everything he might have said if he did find himself running for office. He also praises director Stanley Kramer and his 1959 film On the Beach for inspiring some of what he put into Midnight Sky, as Kramer also was well known for making movies that had something to say about the world.

I bring up the fact that Clooney holds something of a record Oscar-wise, but he mentions one other filmmaker who might have caught up to him on that. For the answer on who it is, and to immerse yourself in our conversation that covers the waterfront on what makes this filmmaker want to keep going in new directions behind the lens, even as he is about to turn 60 (!), just click on the link above.