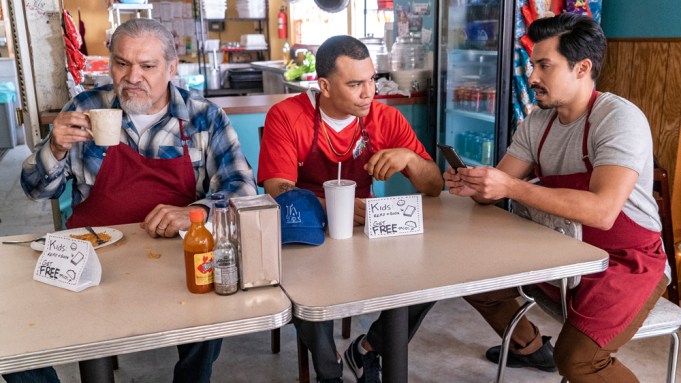 Netflix has slotted February 21 for the launch of Gentefied, its 10-episode Latinx dramedy from Marvin Lemus and Linda Yvette Chávez — the duo behind Gente-fied: The Digital Series, which premiered at Sundance 2017 — and Macro. The internet TV network also released the official trailer, which you can watch above.

Described as a badass Spanglish series about family, community, brown love and the displacement that disrupts it all, Gentefied follows three Mexican-American cousins and their struggle to chase the American Dream, even while that same dream threatens the things they hold most dear: their neighborhood, their immigrant grandfather and the family taco shop. Set in a rapidly changing Los Angeles, the series will navigate important themes such as identity, class and balancing insta-fame with translating memes for their parents. And it will settle once and for all how to pronounce Latinx, Netflix notes.