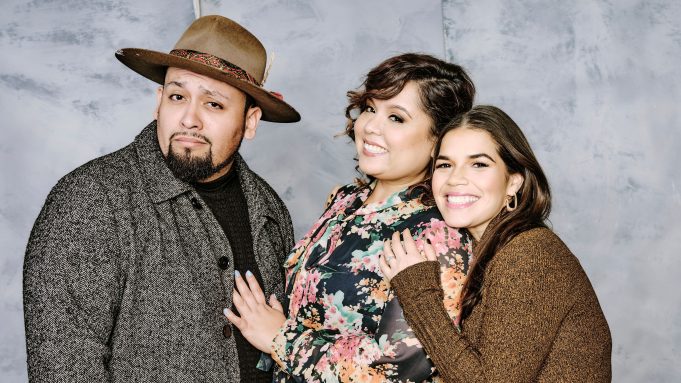 A comedy series coming to Netflix on February 21st, Gentefied began its life as a short-form web series, dreamed up by Marvin Lemus and Linda Yvette Chávez.

Centered on three Mexican-American cousins, who struggle in their pursuit of the American dream, the series was inspired by Lemus’ experiences when he moved into his first studio apartment in East Hollywood.

“It was a neighborhood that was very Latino, and it reminded me of home—of the neighborhoods that I grew up in,” the first generation writer/director explained, while sitting down at Deadline’s Sundance Studio. “But very quickly, I was noticing a lot of hipsters moving in, [a] new Thai spot, [a] new cupcake spot.”

Initially, Lemus responded to the changes sweeping through his neighborhood with enthusiasm. But eventually, this gentrification—and the part he, himself, played in it—began to feel strange. “For me, growing up Mexican-American means having to live in between worlds, trying to figure out where you belong. That was a lifelong question of mine, and I thought I finally found a place that I belonged. But then realizing that gentrification was happening to this neighborhood, and that I was a part of it, was just this conflict,” he admitted. “I’m like, ‘Oh my god. When am I ever going to find this place? When am I ever going to feel like I belong somewhere, and not feel this inner conflict of identity?’”

For Lemus and Chávez, there was much to contemplate, while fleshing out their short-form project into a half-hour Netflix series. “The digital series was more anthological, [and] we really loved playing in that space. But I think going into the TV space, we talked about it needing to be bingeable,” Chávez said. “You want to make sure that people will stick around for the full season, and looking at how other series had translated from anthological to a full series, we realized that we needed to have a core family that you followed, from start to end.”

Joining the Gentefied creators in Sundance was executive producer America Ferrera, who got behind both iterations of the series, after responding powerfully to the words on the page. “I was laughing and crying, with so much recognition for that internal struggle, growing up first-generation, deeply rooted in my parents’ culture, but also a hundred percent American,” the EP said. “To read something that felt so authentically all of the things that I am was really new. I’d never seen anything like it. So for me, it was just like, ‘I’ll do anything to be a part of this.’”

Sharing with Lemus and Chávez the desire for “people to see our families, our worlds, in a deeper, more detailed way,” Ferrera says she’s driven as an artist to bring stories to life that she’s never seen on screen before. “While we have all lived our lives not seeing ourselves represented, the flip side of that coin is that there’s so much possibility, and so much opportunity,” Ferrera reflected. “We have everywhere to go, so it’s so exciting to me that all that possibility is there.”

For more from our conversation with the team behind Gentefied, click on the video above.