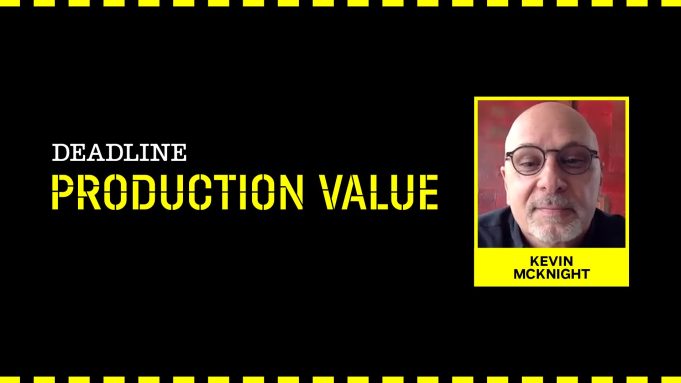 On Genius: Aretha, cinematographer Kevin McKnight was challenged to develop a visual approach to a story spanning 50 years, helping viewers to tap into the emotional experience of one of the greatest performers of all time.

The third season of Nat Geo’s anthology series follows Aretha Franklin’s (Cynthia Erivo) journey from her childhood in the ’40s and ’50s through the 1990s, watching her grapple with personal and professional challenges, while ascending into the stratosphere as the legendary Queen of Soul.

In the latest installment of Deadline’s Production Value video series, McKnight explains that he was introduced to the project by his close collaborator, director and executive producer Anthony Hemingway. When the cinematographer was sent the first script for Aretha, he responded to its “great poetry,” and the notion of crafting a visually ambitious, “beautifully shot” piece, in the vein of Genius’s first two seasons.

In his first conversations about Season 3, he and Hemingway discussed “narrative voice and the psychology of building characters”—as they always do, when starting out on a new project. A big part of the visual concept they hit on was to have the camera “be very much within the vortex of Aretha,” so that the viewer would “really…be part of what’s unfolding.”

“There [were] pretty tumultuous times she was going through, and this character had a lot of things going on, besides the great talent. We needed to feel and see that,” McKnight says. “Rather than documenting and putting a box around [her], it was important for us to…allow the audience that kind of engagement, as opposed to just sitting back in a chair and watching.”

One of the greatest creative challenges posed by the project was the huge amount of time it encompassed, and finding visual ways to break that down. Franklin’s story was broken down on the page into a few large chunks, focused on her childhood as Little Re (Shaian Jordan), “Aretha on the world stage” and “Aretha the celebrity,” and for Hemingway, it was important that each of these sections be visually distinct.

Ultimately, McKnight and his collaborator would choose to shoot the Little Re section in black and white. The middle section taking place in the ’50s, ’60s, ’70s emulated the nostalgic aesthetics of a “faded photograph,” while the last one would jump into “more saturation and jewel tones of royalty.”

“That’s how we built our timeline,” the DP summarizes. “We stuck to it very religiously, too, and you can feel it, I believe, in the whole show.”

While McKnight first gravitated toward photography during childhood, finding inspiration in photographers including Pete Turner, Ansel Adams and Edward Weston, he wasn’t considering a career in photography by the time he went to college. “It was a hobby and something I really liked, and I didn’t want to turn that into a livelihood,” he explains. “So, I started off in Pre-dent at ASU, and that lasted all of one semester before I started questioning that.” Later, he discovered a number of film classes within the university’s architecture department, which led him to make “three or four 16mm films,” and this set him off on a course toward film school at Pasadena’s ArtCenter College of Design.

While at ArtCenter, he met a number of other up-and-coming DPs, including his friend Shelly Johnson, who helped him land his first jobs in the industry. While assisting in the camera departments, he made it his mission to look for projects he could shoot himself, and eventually, he purchased his own 16mm SR as a means to this end, going on to travel the world shooting documentaries. “I did the whole length of the Amazon. I was all through New Guinea, Indonesia, up in Alaska,” McKnight recalls. “It was great for a kid in twenties, and some of those three- or four-man crew docus are still some of the highlights in my life.”

The DP’s big break came in the form of a film he shot for the Hawaii Visitors Bureau which won a number of major awards. On that job, he met collaborators who introduced him to the lucrative world of commercials. “I did commercials all through the ’90s, and that’s kind of all I did,” he says. “I had babies at that point and it was a great way to make a living, without having to be out all the time.”

McKnight’s luck in commercials ran out around 9/11, when the entire industry “took a dive,” and he was forced to think about reinventing himself, as so many other artists were. Around this time, he reconnected with Johnson who helped him break into TV, and the rest is history.

Part of what he finds exciting about the work he does is that the industry he operates within is constantly in flux. “We are in, let’s call it a revolution. Because it is different. Our lights are changing; our cameras are changing; our lenses are changing, and it’s fast,” he notes. “I go into a show and I’m immersed for six to eight months. As I resurface, there’s all kinds of new things out there.”

While McKnight loves learning to work with new tools, he’s also compelled by the endless quest to engage an audience, and the attempt to answer the question, as to why certain films and television series move us the way they do. “Why is it that we can look at a two-dimensional screen and it can make us cry, when in theory it shouldn’t?” he wonders. “There’s no reason that we should be that invested, yet we do get invested, and we are.

“It’s fascinating to continually push and learn about that,” he continues, “because I don’t have tried-and-true answers to it. [But] as artists, craftsmen, we’re learning everyday about how to make this experience bigger, better, and connected.”