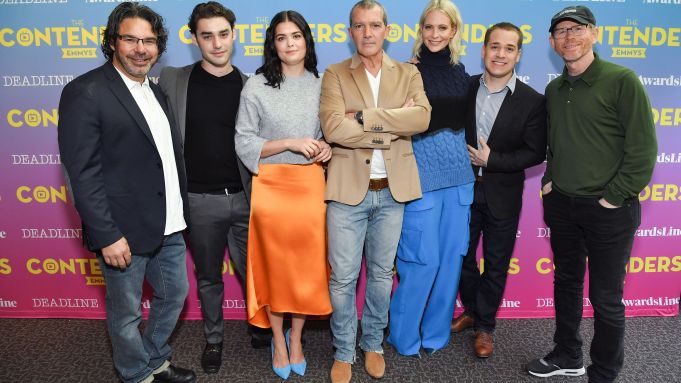 Why Picasso? That was the question posed to producers and stars of Genius: Picasso, the second installment of National Geographic’s scripted anthology series, during the show’s panel at Deadline’s The Contenders Emmys event.

‘There were three requirements for Season 2,” said executive producer/showrunner/ director Ken Biller. “Is someone arguably, undeniably a genius, did they live a life that was big enough and broad enough to tell 10 hours of drama, and is it a figure that is going to spark interest immediately for a global audience?”, he told moderator Joe Utichi. He and EP Ron Howard noted that producers didn’t want to focus on another scientist. “We were really interested in doing a visual artist and it seemed obvious that Picasso was then that choice.”

Antonio Banderas, who starred as the iconic painter and was born in the artist’s hometown of Málaga, Spain, said the role presented great challenges for him as an actor. “What I knew I had to do from the beginning is just to metaphorically kill myself,” he told attendees. “I had to kill Antonio Banderas in order to start constructing, building somebody new,” he said.

Also on the panel were stars Alex Rich, Samantha Colley, Poppy Delevingne and T.R. Knight, who talked about their respective roles.

Howard added he hopes the series will continue and expand the focus of geniuses to include “music and literature and all forms of genius,…it’s incredibly exciting.”

It was later revealed during Nat Geo’s upfront presentation that author Mary Shelley, best known for her Gothic novel Frankenstein, will be the subject for Season 3.