The Film That Lit My Fuse: Emmys Host Cedric The Entertainer On The Transformative Power Of ‘Coming To America’
Read the full story 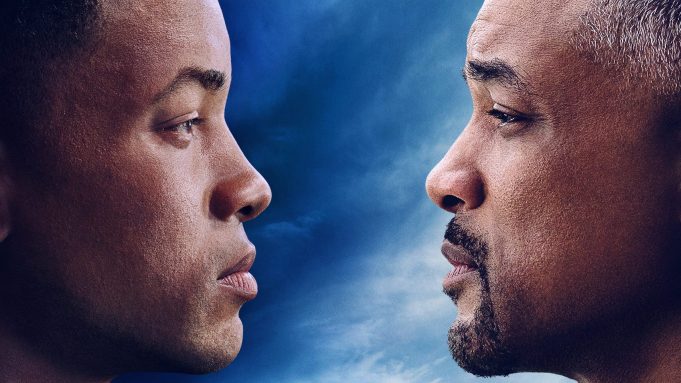 Things seem to come in twos in the Paramount Pictures action thriller Gemini Man, so in that spirit, here’s the film’s second official trailer. Will Smith stars as an assassin apparently so good at what he does that the mysterious organization he works for secretly cloned him years ago, and now that young doppelgänger has come calling, as highly motivated doppelgängers are wont to do in sci-fi settings.

Directed by Ang Lee, Gemini Man is described by Paramount as “an innovative action-thriller starring Will Smith as Henry Brogan, an elite assassin, who is suddenly targeted and pursued by a mysterious young operative that seemingly can predict his every move.” The film is directed by Academy Award-winning filmmaker Lee, who once ago utilizes cutting-edge digital miracles to achieve a striking visual enhancement specific to the needs of the story being told on screen. He did it with Life of Pi, the tale of a boy and a tiger lost at sea that maximized Lee’s “floating” 3D approach to achieve a spectacular visual result.

Lee directs from a screenplay by David Benioff (aka, one-half of the Game of Thrones creative team) and Billy Ray and Darren Lemke, with story by Lemke and Benioff. Co-starring are Mary Elizabeth Winstead, Clive Owen, and Benedict Wong. Producers are Jerry Bruckheimer, David Ellison, Dana Goldberg, and Don Granger.

The trailer kicks off with Smith’s character saying, “It was like I was seeing a ghost,” launching action-packed footage of motorcycle stunts, some martial arts, and the kind of world-weary, arch dialogue that Smith really should have trademarked by now.

The film arrives on screen after a protracted development that stretched to legendary proportions. The concept by Lemke dates back to 1997 and multiple box-office icons have been attached to star over the years, among them Clint Eastwood, Harrison Ford, and Mel Gibson. Maybe the property’s time-warp aspects explain why the concept of cloning seems to be so mystifying to Smith’s Bogan, but after Jurassic Park in 1993 (and its four sequels) isn’t everyone on board with the cinema science of duplicating life forms? There’s no denying, however, that the trailer for Lee’s new film shows the startling quality of the movie’s foundation illusion. How strange must this moviemaking experience have been for Smith?