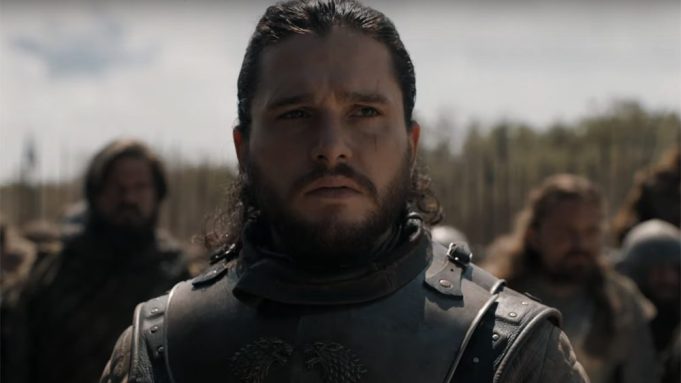 With two more episodes to go and the body count increasing, fans of Game of Thrones are eagerly anticipating who will take the Iron Throne. Once again, HBO has released a new trailer for next week’s episode that doesn’t tell us much, but it does build hype because the war is definitely about to lay waste to King’s Landing.

After the Battle at Winterfell and tonight’s episode, we have been given a lot to process — A LOT. But it is clear that Game of Thrones creators David Benioff and D. B. Weiss have a lot more tricks up their sleeves to leave us surprised, shocked and gagged. They are ramping up for a huge finale that will hopefully leave us satisfied — or in a wild uproar. The new trailer has no words, dialogue or action. It includes plenty of prep for an all-out war that will leave us stressed. It has some of the main players like Tyrion, Cersei and Jon Snow looking longingly and pensively into the distance — which seems to be a popular thing to do in Westeros.

In any case, it is clear that there is a war coming that will stress us out just as much — if not more — than the Battle of Winterfell.