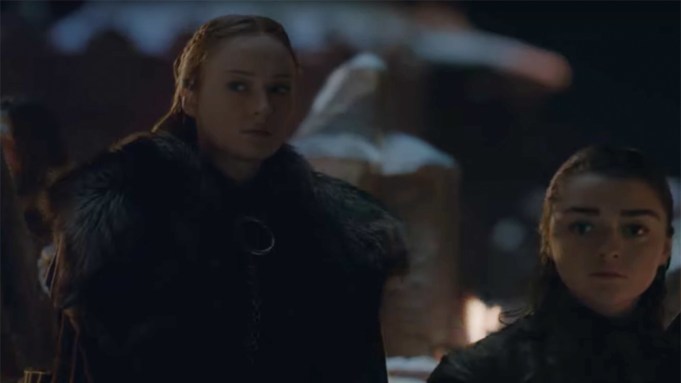 “The most heroic thing we can do is look the truth in the face,” says Sansa in the preview for next week’s episode of Game of Thrones. The eighth and final season of Game of Thrones is getting juicier and more flame-broiled as the popular fantasy series rolls along. If episode two was the calm before the storm, then episode three is the first wave of the storm which might be a war that will last for the remainder of the series.

The second episode had a lot of people walking around with a defeatist attitude, basically saying “Welp, we are about to go into a war that we can’t win so let’s just do our best even though we all might die.” Highlights from the episode include: Sansa welcoming back Greyjoy with tears, Brienne getting knighted, Arya and Gendry finally get it on and Jon Snow breaking the news of his real heritage to his Auntie Dany. People are really making the best out of this lose-lose scenario.

The teaser has lots of panicked, frightened and fierce looks as they prep for war. Someone whispers “The Night King is coming” — which is something we know because he shows up at the end of episode two ready to kick some ass and take some names. In any case, all hell is about to break loose with the war that all GoT fans have been waiting for.