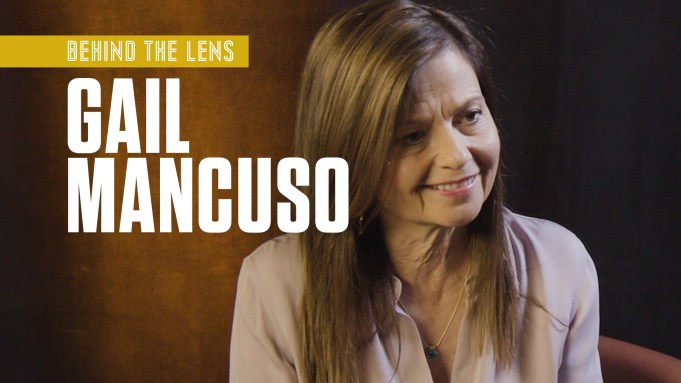 In 2013 and 2014, Gail Mancuso did something rarely accomplished by female directors, winning back-to-back Emmys for Outstanding Direction of a Comedy Series for her work on the long-running Modern Family. The veteran TV sitcom helmer did something even men, who have dominated the profession, rarely achieved, and now she is pushing the glass ceiling even higher in making her motion picture directorial debut 30 years after her first job, with Universal and Amblin’s A Dog’s Journey, the sequel to 2017’s A Dog’s Purpose.

For this week’s episode of my Deadline video series Behind the Lens, Mancuso visited our studio to discuss this transition and how she waited until just the right project came along to join the growing (but still comparatively small) percentage of women being offered the chance to get behind the camera of a major studio feature. We talk about the barriers for women and how they are changing (or not), as well as her early days breaking into television, and how it was Roseanne Barr who gave her her first big break directing an episode of that huge hit of the 1990s. Mancuso went on to direct other iconic shows including Friends, 30 Rock, Two and a Half Men, Gilmore Girls and countless others including of course her Emmy-winning work on Modern Family.

We also talk about how she came to work on A Dog’s Journey, and the 180-degree journey it was for her to come to Universal to direct her first film — something she now thinks she might have been fated to do since she was 12 and her parents took her on the Universal back-lot tour. Of course, we discuss the logistics of directing dogs (she has five herself), and the message behind this story for girls and young women. Unlike most movies and TV shows in the genre, which are generally about a boy and his dog, this one is about a girl and her dog, a fitting change.

To watch our conversation, click on the video above. For past episodes of Behind the Lens, click here.