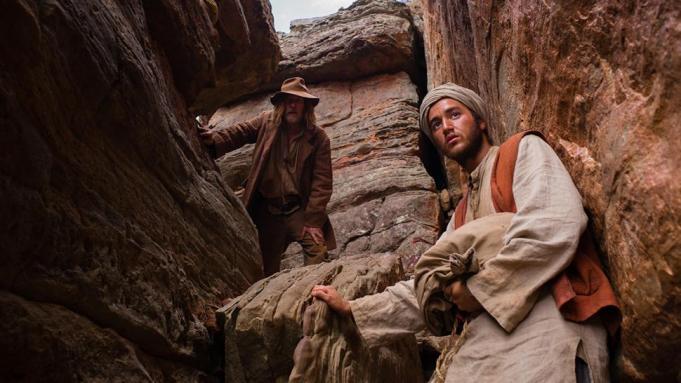 EXCLUSIVE: Here’s first footage of Venice Film Festival drama The Furnace, the only Australian feature at this year’s festival.

To escape a harsh existence and return home, one young Afghan cameleer partners with a mysterious bushman on the run with two 400oz Crown-marked gold bars. Together the unlikely pair must outwit a zealous police sergeant and his troopers in a race to reach a secret furnace – the one place where they can safely reset the bars to remove the mark of the Crown.

Coming from Australia, director Mackay is probably making one of the longest and most difficult journeys of anyone to get to the Venice Film Festival this year.

Umbrella Films will distribute in Australia and New Zealand. Arclight handles world sales. It is produced by Timothy White (I Am Mother) and Tenille Kennedy (H Is For Happiness), with Georgia White as co-producer and Gary Bonney as associate producer.

The film was shot late last year on Yamatji Badimia country in Mount Magnet and Yamatji Nanda country in Kalbarri, in Western Australia’s Mid-West region, with support from the Western Australian Regional Film Fund through Royalties for Regions, Screenwest and Lotterywest.