Continue to Deadline SKIP AD
You will be redirected back to your article in seconds
Skip to main content
October 30, 2020 10:00am 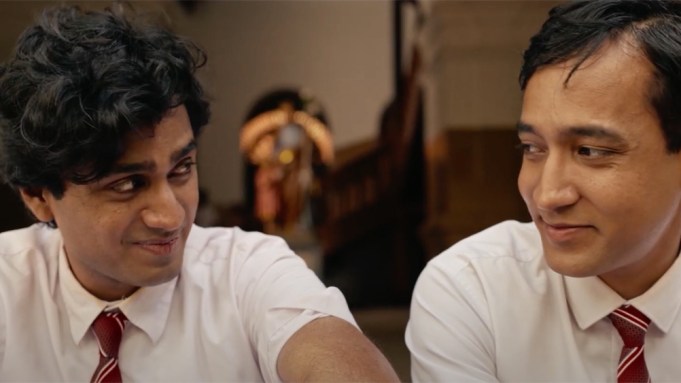 The first trailer for Deepa Mehta’s forthcoming coming-of-age drama Funny Boy debuted today after it was announced that it would be Canada’s official selection for Best International Feature Film for the 2021 Oscars. Array Releasing acquired the film earlier this month and it is slated to open theatrically in select cities and debut on Netflix on December 10. This is the first film under Ava DuVernay’s distribution banner to be considered for an Academy Award.

Based on the best-selling Canadian novel by Shyam Selvadurai, Funny Boy explores the awakening of sexual identity by a young boy named Arjie (portrayed by Arush Nand and Brandon Ingram). As political tensions escalate to a boiling point between the minority Tamils and the majority Sinhalese, a young boy comes of age in a society and family that doesn’t embrace difference outside of societal norms. The film chronicles Arjie’s struggle to find balance and self-love despite the absence of empathy and understanding.

Funny Boy was co-written by Mehta and Selvaduri. It was shot on location in Sri Lanka. Mehta is best known for her trilogy element-title trilogy Fire (1996), Earth (1998) and Water (2005), the latter earning an Oscar nomination.