Exclusive Q&A With 'The Tragedy Of Macbeth's Frances McDormand & Joel Coen On Eve Of Pic's World Premiere
Read the full story
June 23, 2020 2:26am 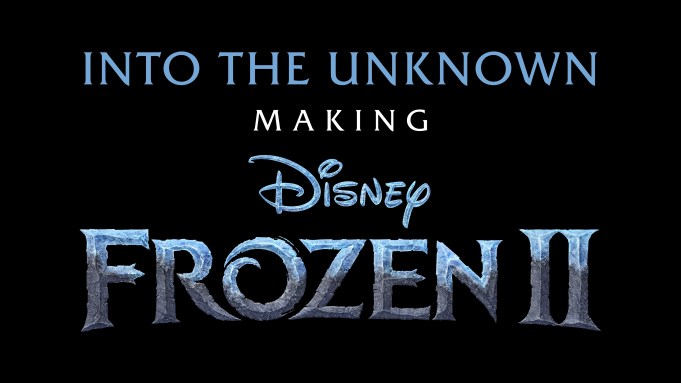 Into The Unknown: Making Frozen 2, a six-part documentary series chronicling the path to the highest-grossing animated film of all time worldwide, premieres on Disney+ June 26. That’s ahead of Frozen 2 becoming available on the service in the UK. Check out the trailer above.

The series looks back to about a year before the world premiere of Elsa and Anna’s latest adventure on November 7, 2019. The creative team opens their doors, revealing what it takes to create what would go on to become the biggest animated movie ever with $1.45B in global grosses ($972.7M from the international box office and $477.4M domestically). For the first time, the challenges and breakthroughs, the artistry and complexity of creating a Walt Disney Animation Studios feature film are captured in the documentary.

The trailer shows co-director Jennifer Lee describing “a sense of responsibility and high expectations… Every three months we screen the film, and the feedback can be pretty intense.” Says star Kristen Bell, “In animation you write a script and then you record it and then they go back to the drawing board and it changes dramatically.” A year out is said to be the toughest time of production, “When all the balls are up in the air and then the balls start falling.” It took six years to deliver part two of the record $1.28B-grossing animated pic Frozen.

Frozen 2 follows Elsa and her group of friends as they embark on a journey beyond their kingdom of Arendelle in order to discover the origin of Elsa’s magical powers. From directors Lee and Chris Buck, the film features the voices of Bell, Idina Menzel, Jonathan Groff and Josh Gad.

The movie landed at No. 2 on Deadline’s 2019 Most Valuable Blockbuster Tournament with nearly $600M in profit. (For reference, The Lion King officially falls under Disney’s Live Action umbrella.)