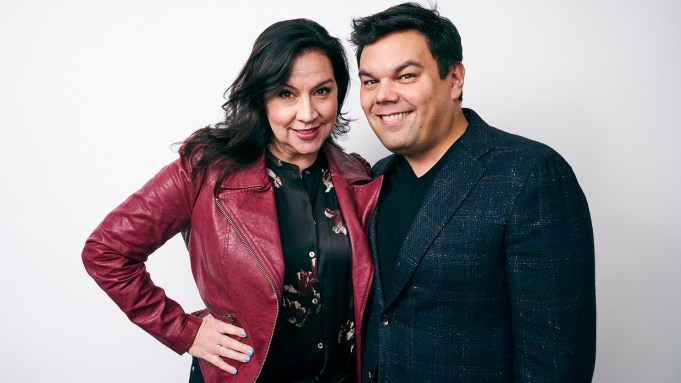 After Idina Menzel’s Elsa “Let It Go,” Frozen 2 took her “Into the Unknown,” the signature song in Disney’s animated sequel.

In Frozen 2, which has grossed $1.038 billion worldwide since its release less than a month ago, Elsa has been hearing voices calling her back to the Enchanted Forest. When the voices become too loud to ignore, she sings “Into the Unknown” in response to their siren call.

“We made the voice sing the ‘Dies Irae,’ which is a Gregorian chant from the 11th century,” Robert Lopez told Deadline’s Anthony D’Alessandro during their DGA Theater panel before a crowd of Academy and guild voters. “Composers from Sondheim to Berlioz to John Williams, it’s in Home Alone, it’s in Star Wars, it’s in everything. It means death or danger.” Anderson-Lopez said you can hear “Dies Irae” in The Shining too.

In the song, when Elsa responds “Into the Unknown,” her vocal range escalates each time.

The highest note is actually the same note Menzel sang in “Let It Go.” Anderson-Lopez explained how the new song makes it sound more drastic.

“We were going to do it lower and she was the one who said, ‘No, let’s take it up to my money note,’ which is an E flat,” Anderson-Lopez said. “It’s the same high note in ‘Let It Go.’ It just sounds higher because it is a higher interval jump.”