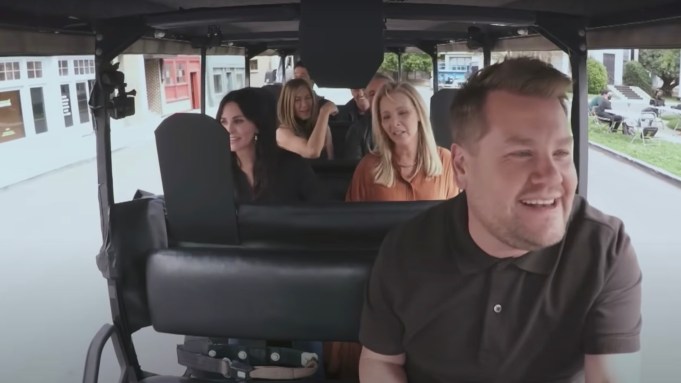 The Friends cast reunited once again – and once again with James Corden – on last night’s Late Late Show, when Corden and the gang did a sort of modified Carpool Karaoke, but in a studio golf cart and singing along with only one song.

One guess what the song was.

The Late Late Show with James Corden airs weeknights at 12:35 a.m. on CBS. Check out Friends segment above.