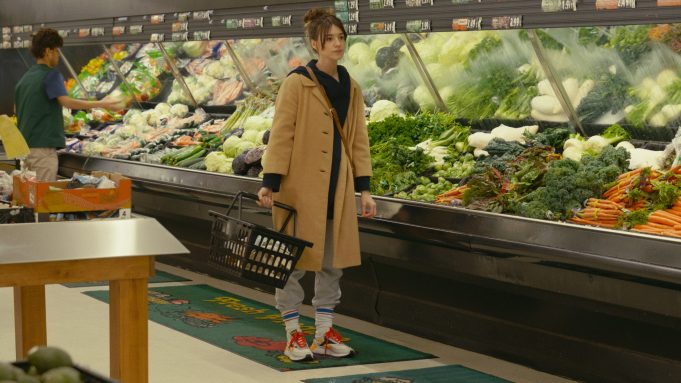 “[Fresh] is really kind of a classic boy meets girl thriller, with a twist and it comments on the perils of contemporary dating,” says Cave. “I would also consider it a film about female friendships and a sort of strange coming of age movie”

Fresh follows Noa (Daisy Edgar-Jones), who has been having trouble finding the right person in the modern dating world. When she has a charming encounter with Steve (Sebastian Stan) in the grocery store, she gets wrapped up in a romance with a man with a hidden agenda. Her best friend Molly (Jojo T. Gibbs) drops everything to help Noa, with the help of her old flame Paul (Dayo Okeniyi).

“One thing that really drew me to [Fresh] was that female friendship,” says Edgar-Jones. “This film is so many things, but you could argue that it’s sort of a buddy film. Their friendship is so incredible and it’s really Molly’s strength that helps Noa to overcome what she does.”

For a thriller, the film definitely found the best moments to add some humor. “Daisy just made it so easy to just go back and forth,” says Gibbs, “and really have a genuine connection between those two characters that I think the humor just flowed through a lot easier than you would expect for a thriller.”

While many scripts have taken on the nightmare that is modern dating, Cave says she chose Fresh to be her directorial debut because “the tone in which [the script] came through was unique. I felt like I had an opportunity to do something different and take an age-old story and twist it, and chop it up if you will.”

Fresh premiered on January 20th at Sundance and will begin streaming on Hulu on March 4th.

Click the video above to see the full discussion with the director Mimi Cave and the cast.