Continue to Deadline SKIP AD
You will be redirected back to your article in seconds
Skip to main content
April 24, 2019 7:00am 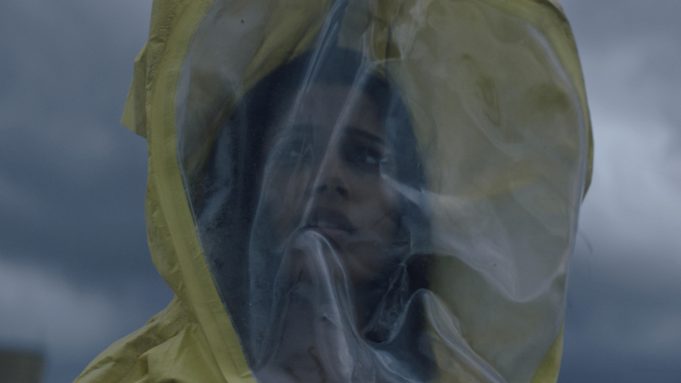 EXCLUSIVE: The latest feature from writer/director Takashi Doscher (Still, A Fighting Chance), sci-fi drama Only will make its festival debut in Tribeca later this week. Ahead of its premiere, Deadline presents a first look at the film in the exclusive clip above.

Starring Freida Pinto (Guerrilla, Slumdog Millionaire) and Tony Award winner Leslie Odom Jr. (Hamilton), pic follows Eva and Will, who bask in the glow of the romance they share until death comes bursting through their door. Following a turbulent trip to the hospital, the pair learn of a mysterious virus, which threatens to eradicate every woman on the planet. As if the prospect of a deadly virus on the horizon wasn’t enough, Eva also becomes a target of savages looking to hunt down the women that remain. Hiding out in self-imposed quarantine, Eva and Will then make an escape into the wilderness, to share one last experience together.

In the clip from Doscher’s film, we observe the couple in a moment of somber silence, as Eva opens a lab kit, swabs her cheek and places the sample into a test tube. With helicopters overhead and police storming their home, Will helps Eva hide in a place she’ll never be found, before moving to deal with his uninvited guests.

A native of Atlanta, Doscher draws on several cast members of Georgia-based zombie series The Walking Dead—including Chandler Riggs, Jayson Warner Smith and Joshua Mikel—to round out his cast. Dreamlike and shrouded in mystery, the post-apocalyptic love story was produced by Eyal Rimmon and Gabrielle Pickle, with Gideon Tadmor and Jim Kaufman on board as executive producers.

On Saturday, April 27, the feature will have its first of four festival screenings, taking place at the SVA Theater at 6:30 PM.