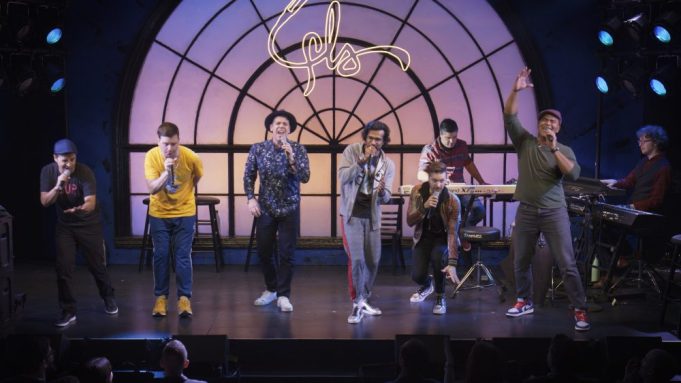 Before Hamilton and In The Heights, there was Freestyle Love Supreme, an improv hip-hop group in which Lin-Manuel Miranda, Christopher Jackson, Thomas Kail and Anthony Veneziale, among others, traded off-the-cuff rhymes the way Second City actors swapped jokes.

Created by Miranda, Kail and Veneziale in the summer of 2005, its beginnings on sidewalks and a small performing space at New York’s Drama Book Shop, the show would make the rounds of Off Broadway, ever-changing, before landing on Broadway for an acclaimed and commercially successful run last year.

The show’s long journey is chronicled in filmmaker Andrew Fried’s documentary We Are Freestyle Love Supreme, premiering on Hulu Friday, June 5. Fried’s camera captures the group reuniting for a series of shows in New York City that led to the Broadway engagement.

Check out the trailer above, and the new poster below.